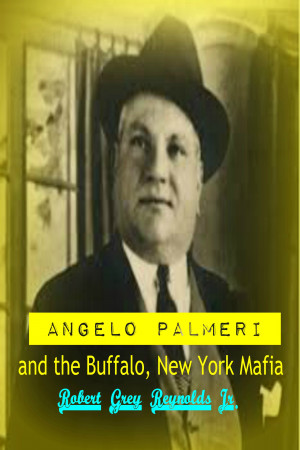 By Robert Grey Reynolds, Jr
Angelo Palmeri was an upstate New York bootlegger during the Prohibition era of the 1920s. He ran an establishment, i.e. speakeasy, in his final years before his death on December 21 1932. Palmeri and Joe DiCarlo are lynchpins in the history of the Buffalo mob. Former Buffalo Police Commissioner John J. Roche ran an administration that was rife with criminal activity. Palmeri. 54, died in his car. More
Angelo Palmeri and Joseph DiCarlo were prominent figures in the early Mafia days of Buffalo, New York. Palmeri was also affiliated with Anthony "Baby Face" Palmisano and many other contemporary gangsters. Palmeri came to the United States from Castellammare, Italy in 1906. By 1912 he had settled in Buffalo. Interestingly, despite his long criminal history Angelo didn't serve time in jail. As early as 1915 Palmeri was fined $250 for a second-degree assault charge. He was questioned in a narcotics investigation in January 1924. The onus of the inquiry was the demise of a key government witness named "Busy Joe" Pattituccio.