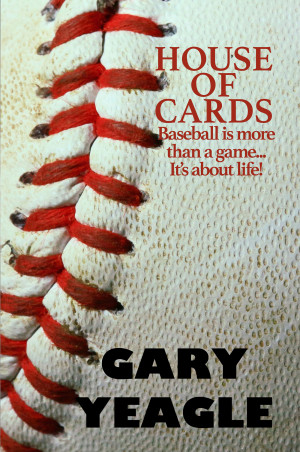 Gary Yeagle was born and raised in the rolling hills and towering mountains of North Central Pennsylvania. Gary says, of growing up in the Keystone State, that ever since he was a small boy he was quick to notice how people reacted to different situations in life: what they did, what they said, how they dressed and on and on. He also enjoyed the changing of the seasons and was amazed at how in the fall the leaves would change colors and how in the spring everything came back to life. During his twelve years of basic schooling, he would often write a short story or a paper about his observations of life. This always resulted in getting a grade of A on the papers he turned in. “I never really considered this any great feat; it was just the way I felt about life. As the years passed I became known as a person who could tell a good story. There was many a person who suggested that I write a book. Never excelling at anything, I excluded the possibility of putting my thoughts into a book of any sort.
“The years passed and when I was in my mid-fifties, for some reason I thought, It’s time! Well, here it is nearly fifteen years later and I’ve got eight books under my belt, so to speak and three more in the oven. I have so many book ideas that I want to put down on paper that I can’t imagine having enough time in life to get it all accomplished.
“When people discover that I am an author, I am often asked, ‘Are you famous or are you wealthy? Do you get paid well?’ I don’t think there is an author alive that would not enjoy at least some level of fame or to make a buck once in a while. As for me, well, I am far from famous, but I do get paid well. When I say I get paid well, it usually does not come in a monetary form. When someone who has read one of my books sends me an E-Mail or a letter or approaches me at a book signing and tells me that something they read changed the way they may think about something in their life or that one of my stories really touched their heart, it is then that I realize that I’ve just been paid. In short, if I never make another dollar I’ll never stop writing. I’ll never forget something my father told me when I was a small boy. He told me that someday in the future I would figure out what I wanted to do with my life and that if I loved what I was doing and did it with enthusiasm and a great attitude it wouldn’t make any difference if I got paid.
Today, wherever I go, I find myself halfway through a book I am writing. I’ll never stop writing and I imagine they’ll bury me sometime in the future with a half-finished manuscript at my side right there in my casket. Until then, I’ll keep writing and I hope you’ll keep reading.
God Bless!

You have subscribed to alerts for Gary Yeagle.

You have been added to Gary Yeagle's favorite list.

You can also sign-up to receive email notifications whenever Gary Yeagle releases a new book.