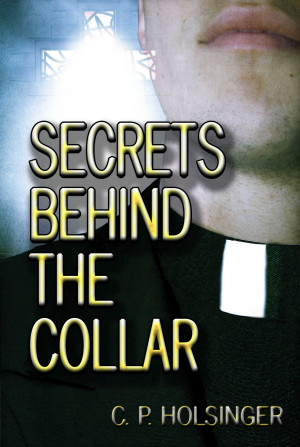 Secrets Behind the Collar

By C. P. Holsinger
Detectives Nick Greer and Sonny Madison must find out who is killing priests. Their search takes them from churches to strip clubs, from the Arizona desert to the Great Lakes. Could a little town in Pennsylvania hold the answer? More bodies fall. Jealousy and vengeance abound. Trusts are broken, careers are demolished, and families are torn apart. More
Several priests have recently met with a sudden death. The local bishop believes there is a pattern, and foul play may be involved. Nick Greer and Sonny Madison are assigned to look into them. When the bishop’s suspicions appear to be valid, the detectives begin their search for a serial killer.

While Nick adjusts to a new family situation and struggles with career decisions, he and Sonny follow a trail from churches to strip clubs. Finally they have a suspect. But what happens when their only suspect is found murdered? Is it connected to the case or is it a case of its own?

The investigation takes us along the banks of the Colorado River, to the Ohio River Valley, and to the shores of the Great Lakes as clues are pieced together one by one.

Chuck Holsinger grew up in a small, quiet town nestled along the banks of the Ohio River. He loved Rock & Roll, baseball, the Steelers, and Erle Stanley Gardner mysteries.

After returning from Vietnam, he and his wife, Judy, moved to Arizona, where they now own a successful business and are enjoying their four daughters and a plethora of grandchildren.

Chuck is a pilot and flies when he gets the chance. He still listens to Rock & Roll, (on the oldies station) and he still roots for the Steelers.

Though interests come and go, his passion for mysteries and action & adventure remains. It's that passion that inspires him to write.

Head on over to www.cpholsinger.com

Reviews of Secrets Behind the Collar by C. P. Holsinger

You have subscribed to Smashwords Alerts new release notifications for C. P. Holsinger.

You have been added to C. P. Holsinger's favorite list.

You can also sign-up to receive email notifications whenever C. P. Holsinger releases a new book.