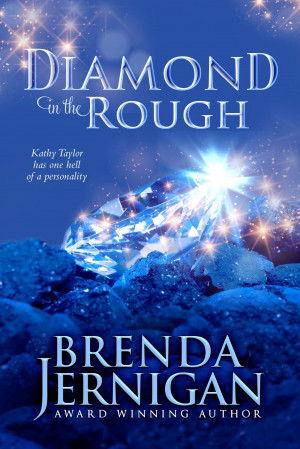 Diamond in the Rough

Is the man crazy? The dress is a size 8 and Kathy is a size 16. She is an emotional eater so she might as well kiss that money goodbye.

Devon made a promise to Catherine Dubois to help her niece, and it’s a job he’s dreaded. But when Kathy storms into his office and asks if he is absolutely crazy, he finds she is a breath of fresh air. So he volunteers to coach Miss Taylor, which doesn’t prove easy, especially when Kathy’s sister keeps sabotaging her diet.

As sparks fly, they battle the ups and downs of their relationship. Will Kathy become that bright shiny diamond her aunt always wanted her to be or will she remain a diamond in the rough?

You have subscribed to alerts for Brenda Jernigan.