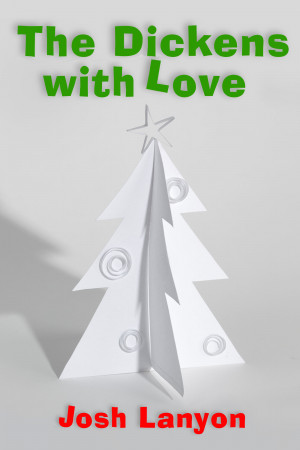 The Dickens with Love

Actually, two catches because the nutty Professor Crisparkle turns out to be totally gorgeous -- and on the prowl. Faster than you can say "Old Saint Nick," James is mixing business with pleasure -- and in real danger of forgetting that this is just a holiday romance.

Price: $3.99
$2.00 USD
Buy with coupon Use the code SSW50 at checkout for 50% off during our site-wide promotion!
(Offer good through July 31, 2020 )
Have a better coupon?
Add to cart, then apply your coupon
Add to Library Give as a Gift
How gifting works
Create Widget
Tags: charles dickens a christmas carol orphans christmas romance male male romance gay christians holiday romances christmas miracles book hunters lost manuscripts
About Josh Lanyon

Author of over sixty titles of classic Male/Male fiction featuring twisty mystery, kickass adventure, and unapologetic man-on-man romance, JOSH LANYON’S work has been translated into eleven languages. The FBI thriller Fair Game was the first Male/Male title to be published by Harlequin Mondadori, then the largest romance publisher in Italy. Stranger on the Shore (Harper Collins Italia) was the first M/M title to be published in print. In 2016 Fatal Shadows placed #5 in Japan’s annual Boy Love novel list (the first and only title by a foreign author to place on the list). The Adrien English series was awarded the All Time Favorite Couple by the Goodreads M/M Romance Group.
Josh is an Eppie Award winner, a four-time Lambda Literary Award finalist (twice for Gay Mystery), and the first ever recipient of the Goodreads Hall of Fame award.

Josh is married and lives in Southern California.

You have subscribed to alerts for Josh Lanyon.

You have been added to Josh Lanyon's favorite list.

You can also sign-up to receive email notifications whenever Josh Lanyon releases a new book.