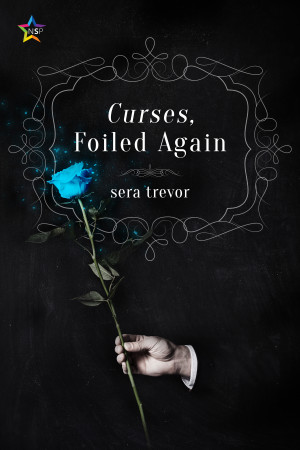 John is cursed to die, but a vampire called Felix may be able to save him. But John isn't sure he wants to be saved, especially when a powerful warlock uses Felix to gain access to John’s own magical powers. Now he must decide whether to give into fate, or accept Felix’s love and fight for his life. More
Felix is a vampire—a fierce creature of the night who strikes terror into the hearts of everyone unlucky enough to become his prey. Or at least, that’s what he thought was true, until he met John. John is completely unimpressed with Felix, much to his dismay. Felix becomes fixated on proving his ferocity to John—and when that doesn’t work, he strives to make any impression on him at all.

John is a witch, and as all witches know, vampires are notoriously stupid creatures who only have the power to hurt those who fear them. Besides, he’s under a curse much more frightening than any vampire. Felix’s desperate attempts to impress him annoy John at first, but gradually, they become sort of endearing. Because of his curse, John has pushed everyone in his life away. But Felix can’t be hurt, so there’s no harm in letting him hang around.

Felix is technically dead. John has nothing left to live for. But together, they might have a shot at life.

Sera Trevor is terminally curious and views the 35 book limit at her local library as a dare. She’s a little bit interested in just about everything, which is probably why she can’t pin herself to one subgenre. Her books are populated with dragons, vampire movie stars, shadow people, and internet trolls. (Not in the same book, obviously, although that would be interesting!) Her works have been nominated for several Goodreads M/M Romance Reader's Choice Awards, including Best Contemporary, Best Fantasy, and Best Debut, for which she won third prize in 2015 for her novella Consorting With Dragons.

She lives in California with her husband, two kids, and a cat the size of three cats.

You have subscribed to alerts for Sera Trevor.

You have been added to Sera Trevor's favorite list.

You can also sign-up to receive email notifications whenever Sera Trevor releases a new book.