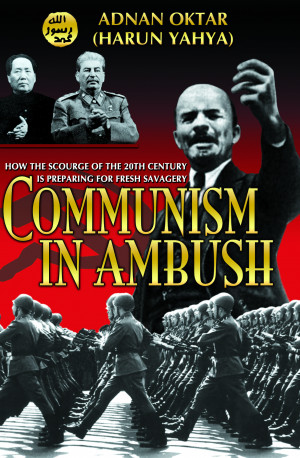 I was told about this story by a friend, good recommendation and I enjoyed it very much. Very well written and presented.

A must read for anyone wishing to know the true enemy of democracy and human rights and that is Socialism / Communism. We must oppose them with every fiber of our beings.

A friend recommended this ebook to me and I was surprised by some of its content. I knew a little about Socialism but this is still shocking in the extreme. We take our freedoms for granted in Western countries, freedom of the press, of religion, freedom to protest and so on... it's an eye opener to read about some of these things, but everyone should make no mistake.

A subject we all should be studying because 'those who do not remember history are doomed to repeat it.'

A great book, I am still in the process of reading it but ultimately Communism or Socialism is something we all have to fight against. A few other authors come to mind that I think everyone should read on teh subject, they are Dmitri Volkogonov, Humberto Fontova, Jung Chang and Allan Bullock. I'm sure there are many others, I leave it to other readers to grow the list. :)

You have subscribed to alerts for Adnan Oktar (Harun Yahya).

Would you like to favorite Adnan Oktar (Harun Yahya)?

You have been added to Adnan Oktar (Harun Yahya)'s favorite list.