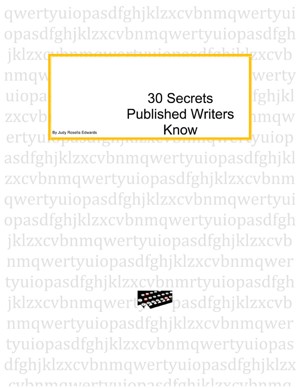 She has written for Suite 101's Museum & History Studies. and is a regular contributor to Helium. Edwards is a contributor to the Dictionary of Unitarian and Universalist Biography and is a past presenter at the Illinois Historic Preservation Agency's annual Conference on Illinois History. She encouraging other writers through her ::ThinkFast:WriteFast:: project.

She finds that interviews become most interesting when you get off-topic and have a sincere conversation with people. "When I interviewed Gary Lockwood, I really wanted to present a side of him that most people don't see," she says. "He was expecting questions about "Space Odyssey: 2001" and UFO's, but I asked him if he had been to New Mexico before. He stared at me for a moment, then motioned for me to step away from the rest of the media crush. He told me his first "appearance" ever was as a trick rider in the Monty Montana Show and he began with shows in New Mexico. He went on to tell me how much he loved the artist Georgia O'Keeffe. I told him he was across the parking lot from a museum where he would find O'Keeffe originals on exhibit. I am sure it was not what the science fiction buffs were expecting but he clearly appreciated being asked an unusual question and having a true conversation -- and I got a front page interview that the rest of the media weren't privy to until it was already in print!"

She holds a Master's degree in Instructional Systems Technology from the College of Education at Indiana University. She lives in Central Illinois with her husband, Jeff Imig, and their cats.

You have subscribed to alerts for Judy Rosella Edwards.

You have been added to Judy Rosella Edwards's favorite list.

You can also sign-up to receive email notifications whenever Judy Rosella Edwards releases a new book.