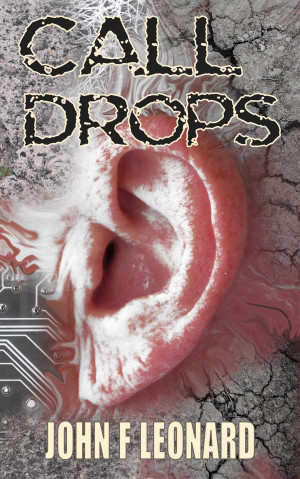 CALL DROPS is a darkly swirling mix of horror and mystery that will stay with you long after the reading is done. It’ll maybe make you think twice about impulse buying, those moments when you simply must have something, even though you don’t need it.
It might cause you to look again at the apparently mundane and everyday ...and possibly, just possibly, wonder at what twisted marvels lurk within your mobile phone.

Call Drops is a short (ish) horror story, the first in a series of sinister tales from the Dead Boxes Archive.
Some objects are scary things. Dead Boxes definitely fall into that category.
They can be easily overlooked. They’re ordinary on the surface. At first glance anyway.
If you look a little closer, you’ll see something unique.
You could have one and not know it.
Be careful.
They hold miracle and mystery. Horror and salvation.
None are the same. Except in one regard.
You don’t need one.
You might think you do, but you really don’t.
Believe me.

A Short Horror Story
From the Dead Boxes Archive.

John was born in England and grew up in the industrial midlands, where he learned to love the sound of scrapyard dogs and the rattle and clank of passing trains.

He studied English, Art and History and has, at different times, been a sculptor, odd-job man and office worker. He enjoys horror and comedy (not necessarily together).

He has published three books, Bad Pennies, Collapse and 4 Hours, and is currently working on a number of projects which include more tales from the Scaeth Mythos, and new stories set in the ever evolving, post-apocalyptic world of Collapse.

This is a great story. Just my kind of thing - dark and disturbing, and still in my head now I've finished reading. Very easy to read, with wonderfully descriptive writing that brings (incredibly imaginative) images to life. A big thank you to John F Leonard for a fantastic read.

You have subscribed to alerts for John F Leonard.

You have been added to John F Leonard's favorite list.

You can also sign-up to receive email notifications whenever John F Leonard releases a new book.