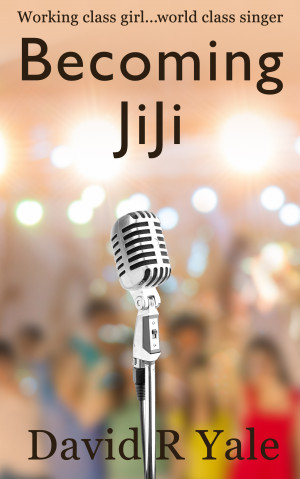 Blue collar woman breaks through class, gender, and personal barriers to pursue her true love and become a world class singer. A heart-warming story of empowerment and an antidote to America’s current wave of dystopian fear, confusion, and hopelessness. More
Jill Frisk, 18-year-old daughter of a violent father and shattered mother, has no plans, no hope. She is a straight-A high school graduate, but her 1970s blue collar neighborhood in North Minneapolis discourages women’s dreams.
Although she reads advanced chemistry books as a hobby, her father won’t allow her to go to college. The prospect of an existence like her mother’s holds Jill in the grip of depression.
Joe Stern, the new recreation director, sees Jill differently. He hires her to run a preschool group and assists her in founding a teen council that uplifts the neighborhood. With his encouragement, she rises above her depression and discovers she has a world-class singing voice.
Empowered with the promise of a future she never dreamed possible, Jill finds a safe home for her family and brings her mother back to life.
Jill falls in love with Joe, but she’s too shy to tell him before he suddenly leaves town. Will new, improved Jill have the guts to pursue him, woo him, help him overcome his secret past, win his hand, and become a successful musician?
Becoming JiJi is an antidote to America’s current wave of dystopian fear, confusion, and hopelessness. It’s a great story about “ordinary” blue-collar Americans changing themselves from defeated cynics to high achievers.
The novel weaves resistance to racism, classism, domestic violence, sexism, and sexual harassment into a heart-warming story of empowerment.
You’ll love this story by an award-winning author, filled with touching portrayals of ordinary people. The characters seem so real they’ll feel like your good friends. JiJi will raise your spirits and inspire you.
Includes links to performances of music mentioned in the book, and an original English translation of Schubert’s song, Du Bist die Ruh.
Available ebook formats: epub
Price: $1.99 USD
Buy Add to Library Give as a Gift
How gifting works
Create Widget
Tags: empowerment uplifting heartwarming jazz bands strong female protagonist blue collar workers utopian fiction community organizing great love story schubert lieder
About David R. Yale

Yale has read from his fiction at Union College (Schenectady NY), Claremont College (California), The University of Minnesota, The Mendota (Minnesota) Jazz Emporium, and UCLA.

Yale studied fiction with Grace Paley at the Juniper Institute of the University of Massachusetts as well as with Joe Caldwell at the 92nd Street Y. He holds a B.A. from City College of New York and an M.A. from the University of Minnesota.

About the Series: Shingle Creek Sagas

Jill, now a star, gets the rebels major media coverage. The city caves in to their demands.

You have subscribed to alerts for David R. Yale.

You have been added to David R. Yale's favorite list.

You can also sign-up to receive email notifications whenever David R. Yale releases a new book.