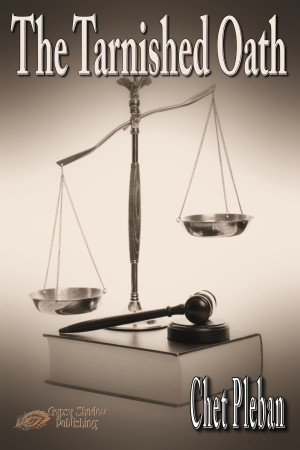 By Chet Pleban
An influential politician rewards a corrupt prosecutor with a judgeship but demands a payback when his son is charged with murder and the case is assigned to that judge. More
At the insistence of an influential black state senator and a lack of evidence, Joan Cardwell, an elected prosecutor, amidst racial tensions, brings a murder charge against a white police officer for the death of a black burglary suspect. In return, the prosecutor is promised a judicial appointment. Shortly after that promise is fulfilled, the senator’s son is charged with murdering his girlfriend and the case is assigned to now Judge Cardwell. Jonathan Felbin, the police officer’s former attorney, is hired to represent the senator’s son and quickly suspects that the fix is in. When the trial ends, will Felbin’s suspicions about the judge be verified? Will the real killer be identified or will Felbin search for answers that will lead down a dangerous path filled with twists, turns and dead ends? In the end will the guilty be identified or will politics define the criminal justice system?

For the past 40 years, Chet Pleban has spent his days in a courtroom talking to juries, trying to convince them that his client was right and the opposition wrong. Many of his clients are police officers who find themselves on the wrong side of the law. In addition to representing people accused of criminal acts, he also represents those who suffered serious injuries and whose employment was wrongfully terminated. For the most part, he has spent his career representing the underdog and fighting big government or large corporations. Many of his cases are high profile. He is embraced by the media and despised by his opponents. Repeatedly, people would tell him, “Your cases are so interesting, you should write a book.” So, he did.

Conviction of Innocence was a three year project that he wrote while spending the winter months in Florida away from not only the St. Louis weather but also the demands of a busy law practice. Prior to this work, his writing experience included appellate briefs and court memoranda. There are those, including some judges, who would say that is where he got his start writing fiction.

While continuing to write during the Florida winters, Pleban divides his time during the summer months between his home in St. Louis where he continues in the active practice of law and his summer home at the Lake of the Ozarks. Additionally, he enjoys his three children, Mimi and Jake who live in Chicago, and J.C., the oldest, who also practices law in St. Louis. In particular, an African safari with his daughter and golf trip to St. Andrews in Scotland with his two sons, were some of the most enjoyable and memorable times of his life.

About the Series: Felbin Legal Dramas

You have subscribed to alerts for Chet Pleban.

You have been added to Chet Pleban's favorite list.

You can also sign-up to receive email notifications whenever Chet Pleban releases a new book.