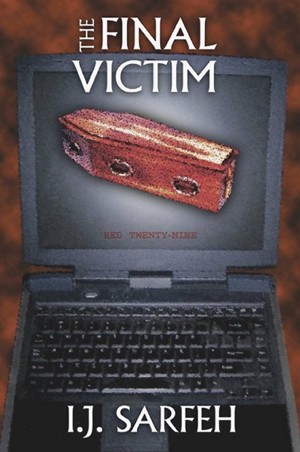 Coincidence? Kate Adams, a strong-willed biologist, does not think so. Worse, she believes the deaths may be the start of an epidemic.

She challenges the athlete's surgeon, Dr. Greg Dostoyov, to investigate. Hounded by the media and guilt-ridden that he was responsible for the athlete's death, Greg finally accepts Kate's challenge.

The perilous quest starts in a remote corner of Scotland and ends in Southern California in a surprising and explosive conclusion.

I've lived among four completely different cultures: Persian, Russian, British, and American. Confusing as hell. So in my late teens and early twenties, I kicked around looking for my place in the world. From yearning to be a professional athlete to a guitarist to an all-around loafer, I finally settled on surgery. Of course, that came as a shock to my parents, who had long given up hope of me doing anything useful with my life. Somehow I managed a successful career as a university surgeon. I belong to numerous medical and scientific organizations, have published extensively in the medical literature, and received numerous awards for excellence in teaching. But most rewarding of all, I alleviated a lot of suffering.

But there was another mountain to climb: fiction writing. Why? I used to tell stories to my three kids before tucking them in bed. Based on my speckled background, those were ad-lib tales, never-ending cliffhangers, that did anything but put the little imps to sleep. Probably prodded by my loving wife, in their later years the children kept asking me why I didn't write novels. So I did.

Learn more about I. J. Sarfeh

First time at Smashwords to try new authors for as little pain as necessary (read Free!)
Well I've not been let down. An interesting caper and worthwhile read. Perhaps a little predictable and linear but a lot better than many I've paid for.
As free advertising, this book has served the author well and I'll certainly have him on my normal Author list from now on.
J

You have subscribed to alerts for I. J. Sarfeh.

You have been added to I. J. Sarfeh's favorite list.

You can also sign-up to receive email notifications whenever I. J. Sarfeh releases a new book.