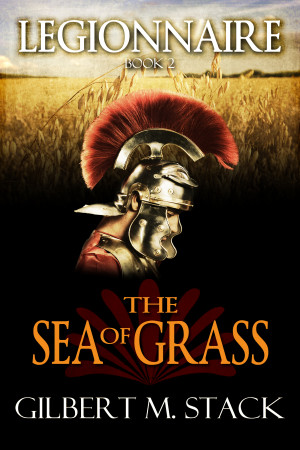 The Sea of Grass

First 20% Sample: epub mobi (Kindle) lrf more Online Reader
pdb
Price: $3.99
Free! USD
Buy with coupon Use the code SS100 at checkout to get this book for free during our site-wide promotion!
(Offer good through July 31, 2020 )
Have a better coupon?
Add to cart, then apply your coupon
Add to Library Give as a Gift
How gifting works
Create Widget
Tags: military magic war battles rome high fantasy legion legionnaire
About Gilbert M. Stack

About the Series: Legionnaire

Legionnaire is a gritty High Fantasy series set on the borders of the far-flung Republic of Aquila. While political in-fighting and scheming are the order of the day in the heart of the Republic, the borderlands are awash with dangers only kept in check by the might of the legions. Fell magics, savage peoples, and scheming empires all threaten the country Patrician Marcus Venandus has sworn to defend using his wits, military strategy and his small command of highly disciplined legionnaires.

Gilbert M. Stack impressed with The Fire Islands -- Volume I in his Legionnaire Series. This seems to be a trend for the chronicled adventures of Marcus Venandus - Tribune. The Sea of Grass is a rousing tale of adventure where we are again immersed in Stack's imaginary empire which only gains more and more depth with each volume. I found this novel quicker to absorb than The Fire Islands, having a background this go-round with the terminology.

As with any fantasy based on the Roman era, battles and intrigues are rife. These intrigues Marcus is quickly learning to thread, coming off exactly as one would wish of a hero - he doesn't care for the politics of being a soldier. It is in the heat of confrontation where Marcus' true brilliance is realized as he is able to scrounge from what little he has on-hand to come up with stratagem after stratagem to fight his enemies -- in this instance a horde of barbaric savages against whom Marcus must martial his defenses in the form of a rag tag band of legionnaires and a bunch of civilians among whom he is traveling.

It doesn't help matters that the mysterious shaman rebel rouser is a magician who is able to call down the lightnings! Beware, Marcus!