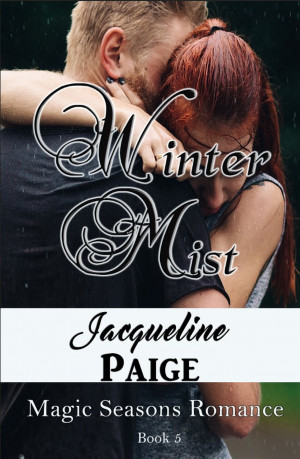 Can twelve witches follow orders or will they take matters into their own hands? More
Step into a world of magic and passion…
Take a dash of spice, heat it
Add a flash of magic and watch the sparks fly
Add a handful of witches from all paths to stir it all together...

Patrick is a man that has lived a violent life undercover in all the wrong places, for too long. His light charm carefully keeps others from seeing the dangerous man that lies inside. He is the first for justice and will go out of his way to keep the innocent safe. He finds himself falling for the woman that was a victim of a sick and vile person and is caught between keeping her out of harm’s way and completing the job he needs to finish.

Rhonda is a woman that becomes a victim to the vicious attack of a killer. Even though she survives, she will have to learn to live with the scars for the rest of her life. In hiding she has to rebuild the strength to get through it. She is forced to spend her days and nights in the company of a detective, that seems to have no other plan in life than to constantly aggravate her and make her want things she may never have again.

When Patrick’s cover is blown and he is badly injured, the group of friends pull together to keep him and the recovering victim of a killer safe. As a result, the group of twelve become targets of the criminals after Patrick and have to live together in a safe house for Yule.

Jacqueline Paige lives in Ontario in a small town that's part of the popular Georgian Triangle area.
She began her writing career in 2006 and since her first published works in 2009 she hasn't stopped. Jacqueline describes her writing as all things paranormal, which she has proven is her niche with stories of witches, ghosts, psychics and shifters now on the shelves.

When Jacqueline isn't lost in her writing, she spends time with her five children, most of whom are finally able to look after her instead of the other way around. Together they do random road trips, that usually end up with them lost, shopping trips where they push every button in the toy aisle, hiking when there's enough time to escape and bizarre things like creating new daring recipes in the kitchen. She's a grandmother to nine (so far) and looks forward to corrupting many more in the years to come.

Jacqueline also writes under the pseudonym of J. Risk

About the Series: Magic Seasons Romance

You have subscribed to alerts for Jacqueline Paige.

You have been added to Jacqueline Paige's favorite list.

You can also sign-up to receive email notifications whenever Jacqueline Paige releases a new book.