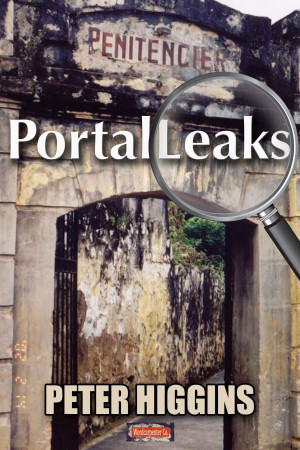 By Peter Higgins
The threat of whistleblowers has become a central and sensitive issue in modern times. The novel PortalLeaks explores the dangerous waters of publishing classified material online by following the leader Paddy Leith of a whistle-blowing website PortalLeaks. A vast conspiracy to silence Paddy is underway and incredibly the powers that want to silence Paddy find a way to reach him... More
The story follows players involved in a conspiracy to silence and extract a world-renown whistleblower who has been under house-arrest at the Ecuadorean embassy in London for five years. Publishing classified information via his website PortalLeaks, Paddy Leith has been playing a dangerous game for nearly a decade, flaunting his secure ‘submission platform' to those brave enough to submit sensitive documents of wrongdoing and crimes in an effort to achieve transparency. This however, has come at a cost. And now the powerful governments negatively affected by his whistleblowing activities want him silenced. PortalLeaks follows the real-life events that unfolded during the week of October 15th to 22nd, 2016. Written as a work of fiction, the reader will be amazed at the unveiling of facts that has led to an end of an era of Internet freedom.
The story explores how the leader of the whistle-blowing website PortalLeaks is confronted by the new realities of modern age security and enforcement of censorship. Bypassing the legalities of international law, the leader Paddy Leith instead experiences the ultimately desperate efforts countries are willing to go to in order to silence him and his editorial board, which is a reflection of the power he wields. He learns that the effects of whistleblowing publishing has its dangers.
For those who follow whistleblowing websites such as WikiLeaks will find this story fascinating as it explores the intricate complexities of publishing online and the lengths whistleblowers go to in order to stay safe. It is a new force in our modern age and this novel is an accurate account of a potential crime perpetrated behind closed doors of the Ecuadorian embassy.
Don’t miss out on this explosive new novel.
Available ebook formats: epub mobi pdf lrf pdb txt html
First 20% Sample: epub mobi (Kindle) lrf more Online Reader
pdb
Price: $2.99 USD
Buy Add to Library Give as a Gift
How gifting works
Create Widget
Tags: adventure young adult thriller novel computer crime comedy drama teen drama whistleblowers travel fiction wikileaks mystery action
About Peter Higgins

Peter Higgins (1967- ) was born in Vancouver, Canada into a family that moved often during his childhood, which included Kelowna, Toronto, Winnipeg and Kingston. Mr. Higgins graduated with a philosophy degree from Queen's University in 1990 followed in 2004 by a masters degree in international relations from the University of Hong Kong. For a decade Mr. Higgins worked as a professional writer in Manila, Taiwan and Hong Kong until 2005 when he returned to Canada to create Wordcarpenter Publishing. He is the author of eight books, including The Hellmantle Testament, Zeitqualia, Visigoths in Tweed and Road Sailors. Mr. Higgins currently lives on Manitoulin Island with his family and border collie named Schopenhauer.

Reviews of PortalLeaks by Peter Higgins

You have subscribed to alerts for Peter Higgins.

You have been added to Peter Higgins's favorite list.

You can also sign-up to receive email notifications whenever Peter Higgins releases a new book.