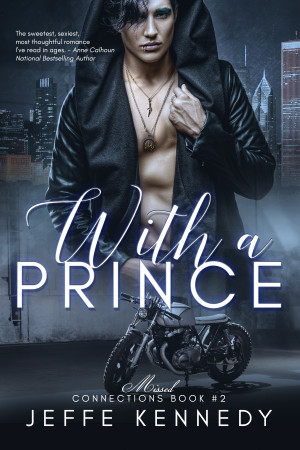 Too perfect. No guy like that would be interested in prim, awkward Marcia, notorious goody-goody and a twentysomething still clutching her v-card. She’s been following rules her whole life—but somewhere, the game changed. And left her behind.

So when she meets Damien, with his rumbling motorbike, gleaming piercings, and wicked imagination, she doesn’t care that he’s the exact opposite of “her type.” Her type would never dare her into such shocking, fiendishly inventive adventures—and she can’t wait to say yes.

Yes to whiskey in the middle of a workday. Yes to letting her hands roam over his body from the back of his bike. Yes to a fling full of wild abandon and absolutely no long-term potential. Except Damien’s not just the straightforward bad boy she imagined. And as they burn through Chicago’s nights, Marcia can’t shake the fear that this happiness is just another fairy tale.
Available ebook formats: epub mobi pdf lrf pdb txt html
First 20% Sample: epub mobi (Kindle) lrf more Online Reader
pdb
Price: $1.99 USD
Buy Add to Library Give as a Gift
How gifting works
Create Widget
Tags: dating relationships chicago urban prince
About Jeffe Kennedy

About the Series: Missed Connections

Reviews of With a Prince by Jeffe Kennedy