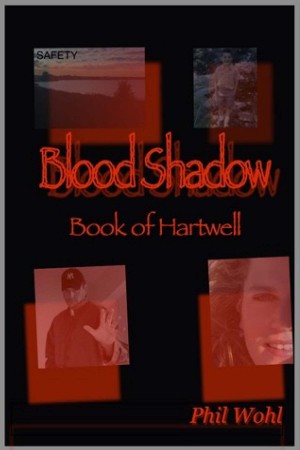 By Phil Wohl
Rated 3.67/5 based on 6 reviews
This is the first book of the Blood Shadow new-age vampire series.

It is early 20th century San Francisco and the Black Death has taken over the city. Thomas Hartwell loses his wife and young son to the plague and is ready to take his own life, until someone knocks on his door and says, "Don't do it. I have a way that you will be able to see your wife and son again." More
This is the first book of the Blood Shadow new-age vampire series.

It is early 20th century San Francisco and the Black Death has taken over the city. Thomas Hartwell loses his wife and young son to the plague and is ready to take his own life, until someone knocks on his door and says, "Don't do it. I have a way that you will be able to see your wife and son again."

The story flashes forward 100 years to the town of Beach Haven, where Hartwell hopes to reunite with his reborn family.

In order to reconnect with his son, Thomas Hartwell must inject the young boy with his own vampire blood. Daniel Thompson spent the first eight years of his life shuffling from one doctor’s office to another, guided by a mother that made him a walking catalog of allergies and ailments. That was, until, he moved to the suburban community of Beach Haven, New York, where he was gradually exposed to a world of vampires, hunters and protectors.

As each vampire is sired and when they comes on-line, a hunter and mammal protector are allocated. The hunters and protectors are both capable of morphing into various iterations – protectors taking the evolutionary tract of a dolphin, and vampire hunters capable of interchanging hawk, pit bull, ram, and grizzly bear.

Phil Wohl is a professional writer by day and fiction novelist by night. Wohl has written more than 44 books and eight screenplays (movie scripts) as an independent author, including Inseparable, Locker Room, High School and College Experiment, Big Chief Brooklyn, BlueBalance, Organic Nation and the Blood Shadow vampire series. The New York native gains pleasure from helping people feel anything and everything through his words.

The new-age vampire series chronicles the life of Thomas Hartwell, from his humble beginnings as a mortal to over a century as a blood shadow. The story begins in plague-infested San Francisco at the turn of the 20th century and then flashes forward 100 years to the town of Beach Haven, where vampire Hartwell hopes to reunite with his reborn family.

About the Series: Romance

These romance novels are sure to melt your heart and weaken your knees. 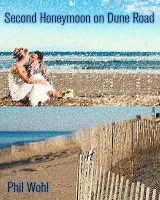 About the Series: Young Adult

Books that are suitable for teens and tweens. 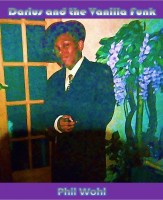 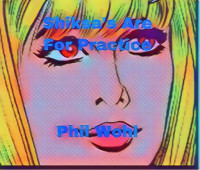 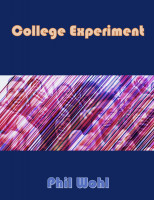 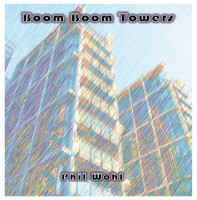 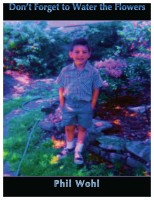 I'm going to try my best to be objective and polite in order to provide my criticism as I don't believe any writer should be ridiculed if they have enough bravery to submit something to the public. It is my hope that he will take what I have to say, as well as everyone else and learn from it. That he's actually passionate about the craft and not simply cramming words onto a page in an effort to make himself famous. Given his constant Twitter posts requesting people to download his book I think I may be way off, but I've been wrong before.

So, Phil. Book Of Hartwell, the first in the Blood Of Shadow series...which I wonder about. I'm sure I'm not the only one but I feel as though I missed something. Some advice: I know you may not want to ruin anything upcoming but at least give a touch of detail. I had no idea where the mind reading came from, nor why Daniel didn't have a stronger reaction to someone else invading his thoughts. It just seemed like that was something he encountered every day and I know it wasn't because it was some...three pages into the story. Creating mystery is one thing, but a complete lack of detail says the desire to actually build a story isn't present. You just ramble through it, desperate to get it out. I'm the same way, but go back over it later. If you're not willing to put the effort into writing it, why would anyone do the same to read it?

Second piece of advice that lends validity to the above statement: Proof read. Seriously, I can't stress this one enough. I caught and and in one place, but awkward but later and several others I won't mention to keep the list small. Go through it at least once before you publish it, please.

And focus. You switch narratives, bound between flash back and present so abruptly it's jarring and toss in random bits of information about the characters that would be far more fitting elsewhere. Not to mention Chapter two ends with a fight. Chapter three begins with a fight. They are obviously two different occasions but there's no lead in. Even you saying Two months later Belinda was at her desk...etc. I know it's not, but it makes it seem like it's the same occurrence.

I'm not trying to be mean here, but I can't imagine these mistakes could slip passed someone who writes professionally all day. Maybe you're tired when you get home and in no mood to do something of this magnitude. Maybe they're old stories that you thought "Hey, I'll put them out there" and have yet to look at them again. Considering this one was released in July and the most recent the end of October I would say that's true, or you spend all your time in a fevered rush to get them out...for what reason I'm not sure.

There's no life, no charm and no passion. It's like your day job is bleeding over into your novels and they're two completely separate things. Bring a little personality to it, and share that with your pro/antagonists. I read it five and six times, trying to recall who these characters are because there's nothing to discern them from the others, minus the main one.

Not trying to dissuade you in anyway, or try to stifle the amount of downloads you're getting but if this is a series you love and something you truly care about, I hope you take my advice to heart and remember, above all else: It's better to spend twenty years publishing one great book than one year publishing twenty books no one will remember.

Read all four book can't wait for the 5th

What did I just read? From the author's bio, and the reviews here I thought perhaps it might be an interesting collection of novellas. It seems more like that mad dash and incoherence that often occurs when someone is writing for NaNoWriMo and trying to cram 50k words into a month.

There were huge continuity errors, the author often swapped two of the female character's names back and forth or forgot that one character was just smashed before miraculously jumping up and flying away. Is this a joke?

I thought maybe it was just a sluggish start, so I read halfway through Daniel's story last night. I cannot finish this. Daniel is a textbook example of how to write a Mary Sue. It feels like the author is pulling one huge joke on his readers, trying to cover every single bad writing technique in one storyline.

I loved it, the author put his foot in this book, and it was worth it, can't wait for the second book.

Blood Shadow: Book of Hartwell is the first book in a trilogy following a group of Vampires and other supernatural creatures that exist because of the Vampires. Phil Wohl takes the age-old story of vampires and then recreates it with his own ingredients and flavors to create a truly unique story. Readers can look forward to the characters overcoming both physical and mental obstacles throughout the story. And what book would be complete without a love triangle or two? You can look forward to watching each character's backstory unfold and learn how each character is connected. This is a great read, I recommend this book to anyone that likes Vampires or is just looking for a great novel to read!

Blood Shadow: Book of Hartwell is a unique tale of romance, mystery, paranormal and alternate history. I love anything vampire related but this story has a really unusual twist. I just couldn't stop reading it once I started... The Author, Phil Wohl does a wonderful job of marrying all the elements in this debut novel. Captivated readers will look forward to the next book in the series.

You have subscribed to alerts for Phil Wohl.

You have been added to Phil Wohl's favorite list.

You can also sign-up to receive email notifications whenever Phil Wohl releases a new book.