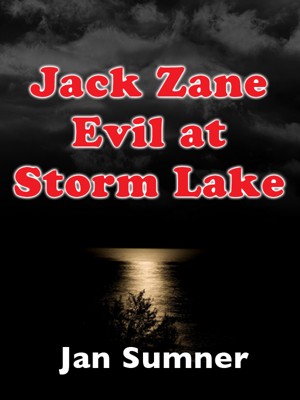 By Jan Sumner
Digging up your family history can be fascinating and terrifying. From Kansas to Louisiana to Storm Lake, Iowa, Jonathan Smyth begins a search into his past only to discover it is clouded in secrecy and mystery. Although being pulled into an ever darkening hole, he must know the truth. What he finds both devastates him and changes his life forever.
Download: epub mobi (Kindle) pdf more Online Reader
rtf lrf pdb txt
Price: Free! USD
Add to Library
Create Widget
Tags: suspense murder mystery jack zane evil at storm lake storm lake evil murder fiction murder suspense
About Jan Sumner

I was born in Independence, Kansas, but have spent my entire life in Denver, Colorado. I'm a graduate of Metropolitan State University here in Denver. I've been active in baseball throughout my life, and in 1993 started throwing batting practice for the Colorado Rockies. I threw for them through the 1999 season which led to me writing my first book about those experiences. It's called Fat Pitch and was published in 2001. It's an insightful and humorous behind the scenes look at the Rockies from their first days at Mile High Stadium through their first five years at Coors Field.

I was then completely hooked on writing and followed up Fat Pitch with a murder mystery, Jack Zane - Evil at Storm Lake. This is a dark tale about a serial killers reach from the grave, haunting lives twenty years after his death.

My next book, Legacy of a Monarch an American Journey, is the biography of Byron "Mex" Johnson, an All-Star Negro League baseball player of the 1930s - 1940s and the grandson of a slave. It is a history of not only a black baseball player, but an African-Americans journey through American history. With a forword by President Bill Clinton and an introduction by Don Baylor, Legacy of a Monarch was honored and inducted into the Baseball Hall of Fame in Cooperstown, June 10th, 2006. As the author, getting the opportunity to present this book at the HOF in front of Byron's family, as well as my own, was a privilege I will always hold dear.

Seams was my next novel, a fictional trip taking the Cummings family of Washington, Missouri through the Great Depression, WWII, death and murder and lives devoted to our national pastime centered around their love of the St. Louis Cardinals. Baseball is a timeless game that weaves its magic, heartbreak and exhilaration, yet somehow stays wonderfully unchanged. This is the story of three generations of one family set against the landscape of the heartland of America and its national pastime.

Eli Cooper - A Saga of the Old West was absolutely the most fun I ever had writing a book. I've always loved westerns and this was a chance to demonstrate that passion. The post Civil War west was wild and untamed. Eli Cooper grew up at such a time in western Kansas. After watching his father gunned down at a young age he vows to take revenge on the killers. It's a passage from youth to manhood as an unwitting gunslinger, trapped between longing and certainty, with an outcome he never saw coming.

If You Come To a Bridge - You've Gone Too Far was next. I've owned my own insurance inspection business for the past 36 years. This book is a compilation of humorous, interesting and hard to believe tales from all those years of conducting inspections on unsuspecting as well as an incredible array of businesses. Whoever said, "You can't make this stuff up," had this adventure in mind.

My latest novel, Veto,is a political murder mystery set against the backdrop of intrigue and intolerance in Chicago, 1960. With the Presidential candidacy at stake, candidate Cornell Eastman, becomes entangled in deception and assassination. The political maneuvering and treachery could well cost him a chance at the White House. The suspicious death of his closest confident and aide takes Eastman on an unwanted and devastating journey.

I've also been honored to co-author and publish Face to Face With Sports Legends by Joe Cullinane, When Pro Football Was Fun by Vic Boccard and The Mental Side of Hitting by Mike Epstein. 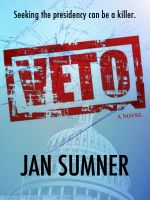 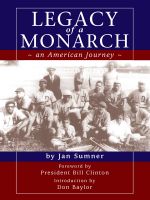 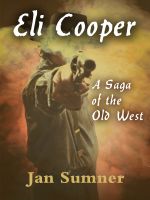 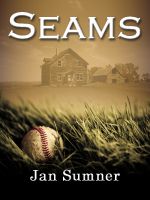 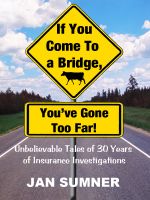 You have subscribed to alerts for Jan Sumner.

You have been added to Jan Sumner's favorite list.

You can also sign-up to receive email notifications whenever Jan Sumner releases a new book.