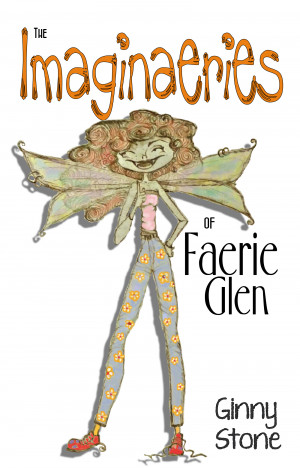 The Imaginaeries of Faerie Glen

By Ginny Stone
The Imaginaeries of Faerie Glen is a whimsical, modern day fairy story set in a real nature reserve in the middle of Pretoria, South Africa. Fairy life is abuzz with all sorts of comings and goings. Some are good, some are bad, and some are just plain crazy. Magical happenings woven into individual tales that all link up to create a delightful ending. Suitable for any age. More
Amid the hustle and bustle of daily life in the Glen, the Imaginaeries are also busy getting ready for The Ball – a glittery event that takes place at the first new moon after the leaves have fallen. But will PESCOM come to the party?

Ivy Lion makes Gogo Gaia very angry when she experiments with colour and Winona Wurm’s mischievous pets are given the ultimate warning at the Moonlight Meeting. Marigold discovers that not everybody is sunshine-flavoured. Madame Shews, the snooty French shoe designer is up to something for sure and the Bollywoggles are keeping an eye on her. Mor-a-Bella escaped from a cabbage bog in the Eastern Cape but is life going to be any better in the Glen?
Will Pete the Publisher ever perfect his environmentally friendly newspaper? Can Granny Catty convince Mr Grumpy Pants to stop being a hermit and accompany her to The Ball? How will Bella Dew manage without her mystic mirror?

Meanwhile things keep disappearing… could there be a thief in the Glen? 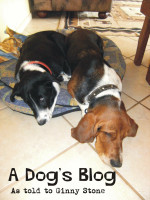 Reviews of The Imaginaeries of Faerie Glen by Ginny Stone