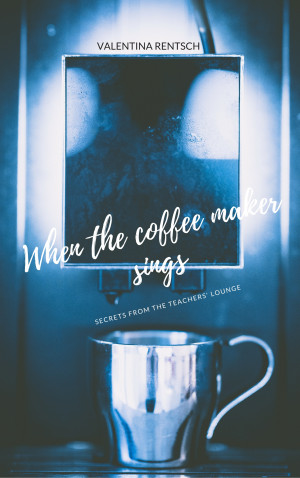 When The Coffee Maker Sings

By Valentina Rentsch
Ordinary life in a teachers' lounge of a German high school told by the coffee machine. The coffee machine gives its insight while it observes the teachers and listens in to their stories. It has its own opinion of things and is not shy to give to us. Also it knows a lot of things especially when it comes to coffee.

Born in 1971 in Bochum, Germany, Valentina grew up in a small town in the Münsterland. After graduating from high school, she studied English and Spanish in Münster and did her Masters of education. She's worked at a vocational college/high school with focus on economics in Bocholt since 2006.
Her love for travelling started in 2012 when she took her first sabbatical. She travelled all over the USA and parts of Canada on her own. That trip had such a big impact on her that she applied for her next sabbatical while she was still doing her first one.
While she never thought she could write stories let alone a book, she discovered that all she needed was some inspiration and a kick in the behind from an artist friend. 'When the coffee maker sings' is Valentina's first self published novel. She has written a few children's book and short stories which haven't been published yet.

You have subscribed to alerts for Valentina Rentsch.

You have been added to Valentina Rentsch's favorite list.

You can also sign-up to receive email notifications whenever Valentina Rentsch releases a new book.