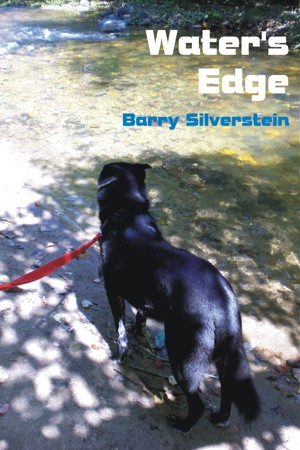 By Barry Silverstein
Rated 5.00/5 based on 1 review
First in a new environmental thriller series featuring Blackout the dog!

Someone is polluting the French Broad River in Asheville, North Carolina with benzene. Retired environmental investigator David Samuels and his chemical-sniffing dog Blackout are asked to find out who’s doing it and why.

But river pollution is just the beginning of a bizarre and sinister plot. More
Review posted Nov. 15, 2011 at Bookpleasures.com: Reviewer Ekta Garg says "this immensely enjoyable novel will have readers staying awake at night to find out what happened next. This reviewer highly recommends it for anyone liking a story that contains good, old-fashioned suspense with a modern twist."

Someone is polluting the French Broad River in Asheville, North Carolina with benzene. Retired environmental investigator David Samuels and his chemical-sniffing dog Blackout are asked by David’s former employer to find out who’s doing it and why.

David and Blackout get caught up in a chain of events that’s more sinister than anyone can imagine. In fact, river pollution is just the beginning of this wild ride. Ultimately, Blackout plays a key role in uncovering the plot -- and David finds out that “retirement” is more than he bargained for!

I am an author, blogger, brand historian and retired marketing professional.

I have a background in advertising and marketing. I founded a direct and Internet marketing agency and ran it for twenty years, and I have over forty years of business experience.

I have written two novels: The Doomsday Virus and Water&#39;s Edge.

I publish a blog for Boomers (www.happilyrewired.com) and a blog for dog lovers (www.cmdog.com). 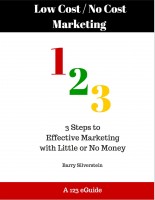 David Samuels is a retired EPA investigator, and has just settled into life away from his previous city dwelling, where the memories were too harsh, where he lost his lovely wife, Lisa to a car accident. David and his companion, Blackout, planned on doing some relaxing!

But David received a call from his former employer, informing him that benzene had been found dumped in the river, and he needed David’s help to find the culprits. Blackout was able to sniff out chemicals, and it seemed an ideal partnership in catching the environmental criminals.

Suddenly though, there seemed to be many more problems than David and Blackout could handle. With the help of Mac, an ex-policeman and David’s friend, they were discovering corruption in government, terrorism, and the dangers seemed to be escalating. Just as they were realizing they might be in over their heads, the investigation was shut down. But David and Mac, along with an environmentalist who was helping out, decided to keep checking things out…they had come too far to let it go now!

As things got scarily worse, and the pollution of the water-ways escalated to more and different terrorism, the corruption was wide spread, and seemed to go back to one thing…money!

This sinister environmental thriller was a different concept, but one that is certainly possible. I enjoyed Water’s Edge, and Blackout’s role in the novel, and hope to read more about Blackout, and his owner, David in the future.

You have subscribed to Smashwords Alerts new release notifications for Barry Silverstein.

You have been added to Barry Silverstein's favorite list.

You can also sign-up to receive email notifications whenever Barry Silverstein releases a new book.