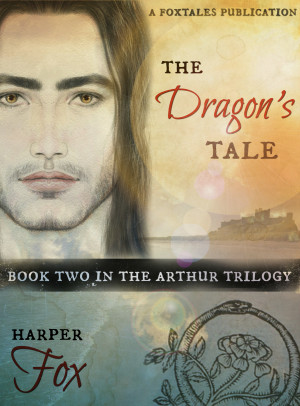 Lance has finally gained his freedom to join his beloved king. It’s the depth of a northern winter, but his heart and his blood are warm with joy as he sets off to the fort of Din Guardi on the coast, where Arthur is locked in negotiation with the ancient powers of the realm – warlords who could help him defend the whole country against the Saxon invaders, if only he can unite them.

But Lance knows such unity may not be possible – or even for the ultimate good of the kingdom. And although his delight at being with Art is boundless, there are other, darker forces at work in the wild dune lands. A deep and delicate balance has been disturbed, and the fort is under siege by a creature out of legend, a monster that ravages villages and leaves a trail of bodies and burned fields in its wake.

The darkest nights of winter are approaching. Arthur, with unendurable weights to bear on shoulders too young for them, only has Lance to befriend him and shield him from the bitterness of battlefield experience and loss. As their bond grows, Lance must find a way to heal the breach between the old world and the new before it devours the man he loves.
Available ebook formats: epub mobi pdf lrf pdb txt html
First 20% Sample: epub mobi (Kindle) lrf more Online Reader
pdb
Price: $3.99 USD
Buy Add to Library Give as a Gift
How gifting works
Create Widget
Tags: gay romance mm romance arthurian winter romance gay historical romance mm historical romance early medieval gay arthurian romance
About Harper Fox

Harper Fox is the author of many critically acclaimed M/M Romance novels, including Stonewall Book Award-nominated Scrap Metal and Brothers Of The Wild North Sea, Publishers Weekly Best Book 2013. Her novels and novellas are powerfully sensual, with a dynamic of strongly developed characters finding love and a forever future – after an appropriate degree of turmoil. She loves to show the romance implicit in everyday life, and she writes a sharp action scene too.

Reviews of The Dragon's Tale by Harper Fox

Thank you Princess Consuela for the gift

I enjoyed this one more than the previous installment.

I really like Lance. He is pragmatic and understands that the relationship between him and Art is not going to be the same as it was previously. He understand the constraints of his position and also what needs to be done to help Arthur in his quest to be king.

I kind of feel like he is getting the short end of the stick in some ways as he is the one either finding or being given the gifts of power and then he is doing the loyal thing and giving them to Arthur as per Merlin's predictions . He was given Excalibur in the first book and in this one he was the one who unearthed Guen, and I really feel like the dragon would have been happier with him. He has some connection with the dragons and I hope it comes out in the next installment.

You have subscribed to alerts for Harper Fox.

You have been added to Harper Fox's favorite list.

You can also sign-up to receive email notifications whenever Harper Fox releases a new book.