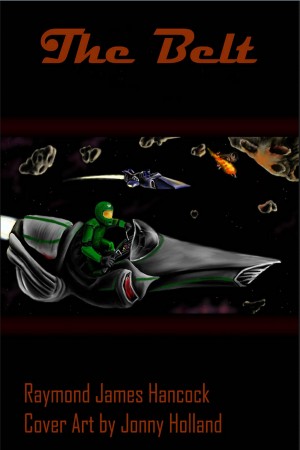 By Raymond James Hancock
One alien's love of grav-bike racing and the racial ignorance that will stop at nothing to quash his dreams. The race of the belt is the most prestigious grav-bike race of them all. Rand stands to win more than a cash prize, trophy, and bragging rights; he will win the hearts of his people. He only has his life to lose!
Available ebook formats: epub mobi pdf lrf pdb txt html
First 25% Sample: epub mobi (Kindle) lrf more Online Reader
pdb
Price: $0.99 USD
Buy Add to Library Give as a Gift
How gifting works
Create Widget
Tags: prejudice pilot racism space alien asteroid gravity racing mechanic comet rider plasma engine smiley shield
About Raymond James Hancock

Raymond Hancock, a writer of fiction and poetry, was born in 1972, in Yakima Washington. He has written many poems, a screenplay, and aspires to many novels, Necroman being his first.
Besides dozens of poems, Raymond’s first work was a screenplay called, Into The Darkness, written in 1995. Quickly he turned his efforts from the film industry, feeling that he was not ready for the arena that movies offered. Novels, as Raymond saw it, have more freedom and substance. He also believes they are a better place for an author to become established.
In recent years Raymond was married and now has a beautiful family. He believes family and faith is the center of his life. Raymond has worked hard to cultivate his skills as a writer, starting at the young age of ten years old.
Raymond looks at his writing as largely unconventional. He desires to create stories that take a different angle on traditional plots. Raymond wants his work to glorify God. He wants the reader’s imagination to be cranked all the way up, and at the same time expose them to biblical principles. 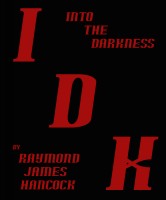 Reviews of The Belt by Raymond James Hancock

You have subscribed to alerts for Raymond James Hancock.

You have been added to Raymond James Hancock's favorite list.

You can also sign-up to receive email notifications whenever Raymond James Hancock releases a new book.