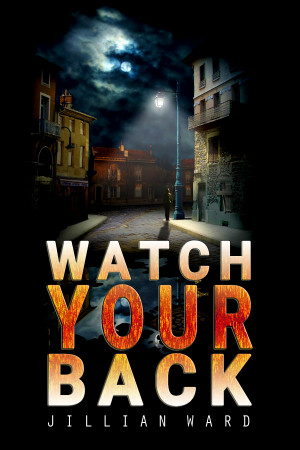 Rated 5.00/5 based on 1 reviews
Revenge is a two edged sword and it cuts both ways. When it does it hurts - everyone. More
When Hamish McKinnon’s younger sister is drugged and raped by a sexual predator, they take it upon themselves to find and punish the perpetrator. Their plan for revenge soon takes an emotional toll on Hamish, a decent and usually law-abiding citizen. If he falls apart, their crusade for vengeance and retribution will crumble. Will he be able to hold himself together long enough for justice to be served?

Revenge is not always best served cold, in fact it can be downright bitter.

A brother and sister, Hamish and Heather McKinnon, hunt down a serial sexual predator and mete out their own brand of justice, starting simple and gradually escalating to the ultimate - and beyond. Along the way Hamish begins to suffer a crisis of confidence as the weight of responsiblity to avenge Heather's date rape falls on him.

This is not a blood fest, slash 'em up revenge drama with action around every corner. It is subtle and thoughtful, concentrating more on the psychological than the physical effect the pair's actions have on themselves as well as on the recipient.

The dialogue is written in an almost conversational manner, almost as if we are eavesdropping, and often includes moments of light heartedness which breaks the tension and demonstrates the very tight bond between the siblings.

The final rather inventive revenge carried out by the pair had me squirming and a little frightened, yet ultimately satisfied.

You have subscribed to alerts for Jillian Ward.

You have been added to Jillian Ward's favorite list.

You can also sign-up to receive email notifications whenever Jillian Ward releases a new book.