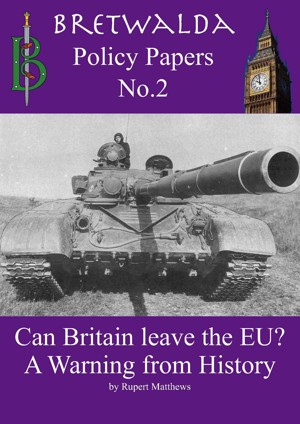 Can Britain leave the EU? A Warning from History

Rupert Matthews has written over 150 books for different publishers, achieving significant sales in a variety of markets both in the UK and abroad. His works have been translated into 19 languages and have been shortlisted for a number of awards. Rupert has been a freelance writer for 20 years, working in-house at a major book publisher before going freelance.

Reviews of Can Britain leave the EU? A Warning from History by Rupert Matthews

You have subscribed to alerts for Rupert Matthews.

You have been added to Rupert Matthews's favorite list.

You can also sign-up to receive email notifications whenever Rupert Matthews releases a new book.