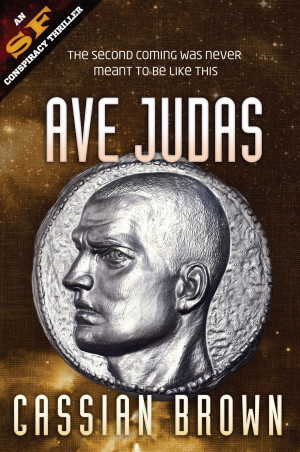 Cassian Brown was born in London in 1957 and grew up on the Isle of Ischia in Italy and in New Zealand. He has lived most of his adult life in Sydney, Australia.
He is a newspaper and magazine sub-editor and has also worked as a farmhand, cleaner, roofer, dishwasher, wine waiter, armoured-van guard and cheese-truck driver.
While a lover of science fiction since his wonder years, Cassian Brown reads a range of styles. With his own writing, he finds himself blending SF with other genres. He is the author of the SF conspiracy thriller Ave Judas and of Baxter Mariah, which mixes SF, horror, adventure and psychological drama. Both are 2011 publications. His next project is about sociopaths and those who indulge them.

You have subscribed to alerts for Cassian Brown.

You have been added to Cassian Brown's favorite list.

You can also sign-up to receive email notifications whenever Cassian Brown releases a new book.