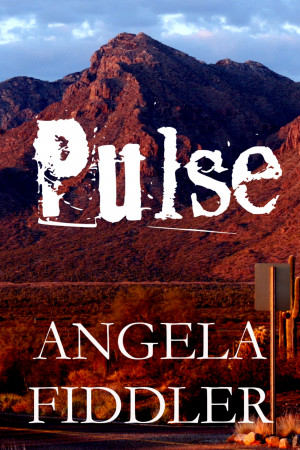 Chris is a cop, and a darn good one. It makes things like finding the actual guy he’d been fucking in his dreams for years--and discovering he's former plaything of an evil television evangelist that turns people into mindless slaves--a bit harder to accept, but he’s trying. More
When the call comes in the middle of the night — disturbing what had been a hot, sticky dream — Chris’s troubles should have been over. The bad guy who was responsible for a series of late night attacks is dead, the waiter a hero. Everything should have been over except for the paperwork. But the young waiter, Gregory, is the one who’s been making Chris’s dreams very hot and sticky. Gregory is on the run from a hypocritical television evangelist who removes the will of people and turns them into mindless slaves. He wants Gregory back – and he’s only getting stronger.

Angela Fiddler is the occasional pen name of Barbara Geiger. Barbara didn’t learn that she had lived in three out of the four Northern Alberta towns that had a known or suspected Wendigo attack until well after she’d moved south to Lethbridge. She grew up loving ghost stories and pony books, and spent most of her summers on the British Columbia coast, where she fell in love with the ocean.

You have subscribed to alerts for Angela Fiddler.

You have been added to Angela Fiddler's favorite list.

You can also sign-up to receive email notifications whenever Angela Fiddler releases a new book.