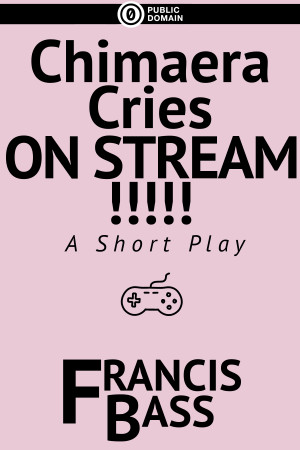 Francis Bass currently lives in Philadelphia, though he is a native of Tallahassee, Florida, and not long ago he graduated from the University of Iowa. He writes plays, books, and short stories, which are mostly science fiction and fantasy. His work has been published in RECKONING, SOME SCRIPTS, and the Thespian Playworks 2014 anthology, among other places.

Reviews of Chimaera Cries on Stream!!!!! by Francis Bass

You have subscribed to alerts for Francis Bass.

You have been added to Francis Bass's favorite list.

You can also sign-up to receive email notifications whenever Francis Bass releases a new book.