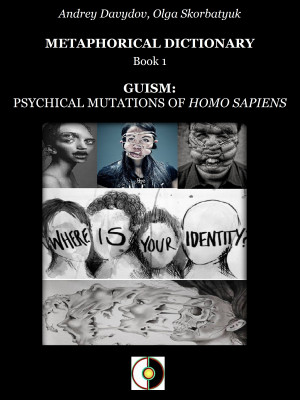 By Andrey Davydov
& Olga Skorbatyuk
Gui/guism do not belong to categories of phenomena, special occurrences, rare facts, and cannot be attributed to someone's subjective understanding because it is a universal occurrence available for wide observation. In modern culture, gui are usually called by words "human", "people." Mutations in the form of guism have a psychical pathogenesis, pathological changes. More
This Metaphorical Dictionary was created on the basis of the proto-language that we found. The proto-language, or as it is also called the world language, is the language of images. It is the Chinese language that is this world language, the proto-human language. The combination of images in the Chinese language coupled with its one hundred percent preservation thanks to cultural traditions of the Chinese people, which no other nation in the world has, for multiple decades allow us to turn to Chinese hieroglyphics as the proto-language, in which true meaning of any word can be found.

Why does humanity need the Metaphorical Dictionary and is it needed at all? Answers to these questions lie on the surface, as no one will deny that communication problems between people in this civilization exist. Moreover, they are so serious and neglected that in fact there is much more understanding even between representatives of the animal kingdom, who are much more primitive compared to Homo sapiens. Each person attributes his own meaning to any word; as for universal meanings—there are none. Our Metaphorical Dictionary easily solves any communication problems, or rather—it eliminates them altogether since this Dictionary is not just a collection of words and their meanings: behind every concept under consideration is an image, a picture.

Proto-language in the face of Chinese hieroglyphics not only returns true essence and meanings of basic philosophical concepts, which exist in this civilization to all of us, but also, through understanding, turns them into keys (or "drivers," whatever is preferable). These are drivers to society and its use, which very well can and should replace society’s use of all of us.

Study of all these, as we called them, "drivers" as certain management buttons gives us all not only a more complete understanding of social processes taking place around us, but also on the basis of this understanding, allows us to do more in this life (and not for society, but first of all for ourselves).

Recipes obtained from the proto-language, which we called "drivers," turn society— violator-exploiter into society—free-supermarket, where you come to take what you need and do not have to pay for it with your self-identification, freedom, health, and so on. These recipes are universal and work for absolutely anyone, who has them and uses them on practice. Try them! After all, there is nothing better than good theory, which can be successfully applied in everyday life. Would you agree?
Available ebook formats: epub mobi pdf lrf pdb txt html
First 20% Sample: epub mobi (Kindle) lrf more Online Reader
pdb
Price: $19.99 USD
Buy Add to Library Give as a Gift
How gifting works
Create Widget
Tags: chinese linguistics society psyche mutation hieroglyphics philology metaphore world language protolanguage
About Andrey Davydov

Andrey Davydov (Андрей Николаевич Давыдов, born 30 March 1953) is a Russian researcher, sinologist. Davydov has discovered that Shan Hai Jing is the Catalog of Human Population and has created the Catalog of Human Souls based on decryption of Shan Hai Jing and other ancient books. He has authored over 300 books, as well as multiple scientific monographs, ideologies, and books on international topics. List of publications is available here - http://www.humanpopulationacademy.org/publications/ .
Davydov was born in Frunze, Kirghizia of former USSR (Kyrgyzstan) and raised in Moscow (Russia). In 2012 he was granted political asylum (http://www.humanpopulationacademy.org/publications/#documentation ) in the United States of America due to persecution by the Federal Security Service of Russian Federation (FSB, former KGB).

Research
Andrey Davydov has developed an early interest in ancient manuscripts. In 1974 he has suggested that in one of the earliest treatises—Shan Hai Jing—structures of the human psyche have been described. This has marked the beginning of his study of Shan Hai Jing as the Catalog of Human Population. Although at that time it was only a hypothesis. For nearly 20 years Davydov has gathered keys to decrypt the Shan Hai Jing’s code. Extensive knowledge in a variety of scientific disciplines (sinology, biology, soil science, geography, physical geography, mineralogy, geomorphology, ichthyology, ornithology, ethology, and other natural sciences), as well as his knowledge of cultural studies and mythology of different countries have helped Davydov decrypt the Shan Hai Jing. His colleagues have helped Davydov at a certain stage of his research. Invaluable help in the understanding of this and other ancient texts has been provided by distinguished scholars of Oriental studies: Anatoly E. Lukyanov (a sinologist, scholar of Oriental studies, professor, and Head of the Center of Comparative Studies of Civilizations of Northeast Asia at the Institute of the Far East of Russian Academy of Science, Vladimir V. Malyavin (Russian scholar of Oriental studies, Doctor of Historical Sciences (1988), professor, and others.

Further research of Shan Hai Jing required consultations in regard to other ancient Chinese manuscripts—I Ching and Tao Te Ching. Lukyanov has become extremely interested in Davydov’s scientific developments related to Shan Hai Jing, and this resulted in their collaborative work at the International Academy of Anthropology, where a research team led by Lukyanov has been created. In 1990s a member of the ITAR-TASS (https://en.wikipedia.org/wiki/Russian_News_Agency_%22TASS%22 ), Vladimir V. Fedoruk (http://www.n-bitva.narod.ru/prilojenie/nepoznannoe/neobychnye_mesta/fedoruk_v_kitayskieUchenye.htm ) has become interested in these studies and has joined the research team. Davydov and Fedoruk have worked together on topics “Shan Hai Jing is the Catalog of Human Population” and “Tao Te Ching is the Instruction For Shan Hai Jing and I Ching.” Fedoruk is a great scholar of Chinese culture and Chinese language (as well as specifics of Chinese modernity and specifics of the ancient Chinese culture) and he has shared his knowledge with Davydov. Research that has been carried out by their tandem resulted in publications of very first materials on the subject “Ancient Chinese Treatise Called the Catalog of Mountains And Seas is the Catalog Of Human Population” in Power of Spirit journal - http://www.humanpopulationacademy.org/publications/#myths-or-structure-of-psyche .
By the mid-1990s Andrey Davydov’s research related to the selection of correct keys was completed. He managed to translate descriptions obtained from Shan Hai Jing to human psychophysiology and practical experiments. As a result of decryption of this ancient manuscript, Davydov has uncovered belongingness of any specific person to a particular subtype within the type Homo sapiens through certain laws of mechanisms and work of psychophysiology. It has turned out that each representative of the Homo sapiens biological type has certain stable qualities, which distinguish him, as a representative of one subtype structure, from representatives of other subtype structures. Davydov has developed and introduced scientific definitions of the Catalog of Human Population and human psyche (“soul”): “The Catalog of Human Population is a description of type Human by subtype structures. Subtype structure (“psyche”, “soul”) is a combination of individual archetypes, recorded at the genetic level (principle). Expressions and interaction of subtype structures in manipulation modes and phenological algorithms are described with adjustments for sex, age and cultural differences. Information is recorded on six factors: intellectual, physical, emotional, nutritional, sexual and environmental.” In the late 1990s and early 21st century Davydov has made a number of presentations at scientific conferences - http://www.humanpopulationacademy.org/publications/#conferences .

Davydov’s research has been verified according to criteria accepted in science, and with application of a standard test in the form of direct experimental verifications—Davydov’s hypothesis turned from a hypothesis into a theory that has proof. Descriptions, which Davydov presented have been compared to qualities of real, specific people within strict scientific experiments. According to estimates that have been provided by professional psychologists, descriptions submitted by Davydov corresponded by almost 100% to qualities of subjects, which were easily observable or uncovered using other scientific methods. Psychologists at the Moscow State University (https://en.wikipedia.org/wiki/Moscow_State_University ), as well as psychologists at the ministries of power structures of the Russian Federation, have admitted that the methodology of uncovering of subconscious structure of psyche developed by Davydov has surpassed methods and technologies, which they have used to determine personality traits of a person. Also, experts have admitted that prior to experiments with the use of information from the Catalog of Human Population, not a single precedent has existed when a psychologist has provided such an in-depth, detailed description of people whom he has never met, communicated with, etc. Thus, as a result of decryption of Shan Hai Jing, Davydov has gotten descriptions of existing qualities of real people, and has proved that the Catalog of Human Population exists.

Presentations and Work on the Media: 1997–present
Between 1997 and 2002 Andrey Davydov introduced the scientific community to his discovery of the Catalog of Human Population. In 1997 he has presented at the First Russian Philosophical Congress: Human Being – Philosophy – Humanism. He has also presented his research results at table discussions, scientific conferences (including international) devoted to anthropology, philosophy, and so on. In 2002 he presented one of his papers about the discovery of the Catalog of Human Population at the International Conference on of Prospects of Preservation and Development of Unified Civilization of the Planet: Culture, Ecology, Cosmos in Moscow. Also, he has published articles about the Catalog in Russian magazines.
Between 2005 and 2006 presentations about the Catalog took place on the Russian television, and have included a series of presentations featuring Olga Skorbatyuk (a professional psychologist and Andrey Davydov’s research partner) - http://www.humanpopulationacademy.org/olga-skorbatyuk-russian-television/ .
In 2005 a series of books titled Manipulative Games For Women (http://www.humanpopulationacademy.org/publications/#manipulative-games ) have been printed in Russia (authors—Andrey Davydov, Olga Skorbatyuk). They contain psychological descriptions of specific people and demonstrate possibilities of the technology created by Andrey Davydov—the technology of decryption of the ancient Shan Hai Jing that has turned out to be the Catalog of Human Population.
By 2014 Davydov has published a number of scientific monographs, ideologies, and books on international topics, including the first 218 Volumes in the series called Catalog of Human Population (see Publications - http://www.humanpopulationacademy.org/publications/).

About the Series: Metaphorical Dictionary 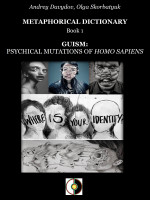 In this book series we present the discovery of the proto-language as the proto-world language, the very one that existed before the emergence of all currently existing languages of the world. And, in this series we demonstrate the practical value of this finding; using examples, we show how the proto-language can be a mine of recipes on how to solve any problems: from ideological to daily life ones. Also, we show how these recipes turn society-rapist and exploiter into society-free supermarket for anyone who uses them. 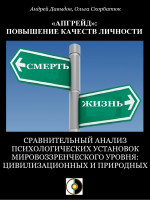 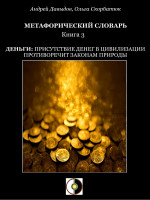 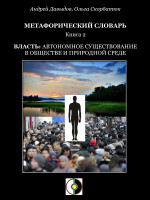 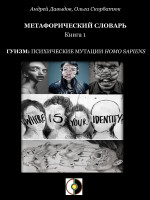 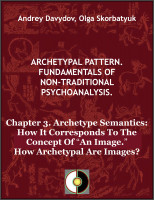 You have subscribed to alerts for Andrey Davydov.

You have been added to Andrey Davydov's favorite list.

You can also sign-up to receive email notifications whenever Andrey Davydov releases a new book.