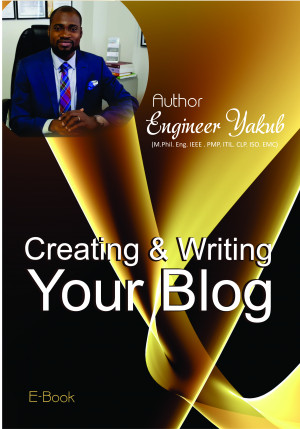 Creating And Writing Your Blog

By Engineer Yakub
The essentials of blogging:
There are a number of essentials that need to be kept in place for good blog content. Never underestimate the power of a great title. The title has great potential in reaching out to the target audience and raking in the moolah. More
How I became An Expert at Blogging
Like any other novice down the road, I was a total dummy to blogging once upon a time. While people all around kept talking about it, and how great it was to keep updated, and to be familiar and famous with blogs, I realized though not very late as to even make some dough out of it! Does this ring a similar bell to anyone of you? Well then do not worry, read on and you will get to know some tips to become an expert at blogging in a jiffy. Here I will share with you some basics that will transform you to become a successful blogger. Following these tips helped me to carve out my own niche into the blogosphere.
After a lot of net surfing and soul searching, I came up with the best recipe for successful blogging. Just take one portion of knowledge, two portions of innovation, half a portion of benefaction, a little of talent and a sprinkle of skill to add that tangy twist and of course a generous helping of humble ambition. Blend all of these together and spread it evenly over the web space. Let it settle and there you have got the perfect blog ready to make waves on the Internet!
On a more serious note, here are some traits you need to develop for becoming a pro at blogging. It is essential to have a passion for your work, and your write-ups and posts will reflect it. Avid debates and ardent follow-ups will take your blogs a cut above the rest. A strong belief in yourself and the self-assurance that your opinions deserve to be heard can be easily deciphered in your writing style, which could lead to appreciation and worthwhile viewership.
Add, innovation to your scripts. Through brainstorming you can come up with unique ideas. These will help you to set trends, but remember to give authentic information that has relevance. Analyze your work to add something new. Original and compelling content always wins a good audience. A spin on any old topic is also a good idea to rejuvenate it and present it in a more appealing form. All of these can display your unique witting skill in your blogs.
Available ebook formats: epub mobi pdf lrf pdb txt html
First 10% Sample: epub mobi (Kindle) lrf more Online Reader
pdb
Price: $2.99 USD
Buy Add to Library Give as a Gift
How gifting works
Create Widget
Tags: social media networking blogging tips writing a blog blog ebook make a blog blogging ideas blogging book blogging world
About Engineer Yakub

Family Background:
Engineer Yakub is originally from Nigeria and also a proud Nigeria/US Citizen. He is the first child of the family with origin from Ondo State Nigeria.

Academic Background:
Engineer Yakub attended Expressway Primary School, Ilasamaja Lagos Nigeria and obtained his Primary Education Certificate in year 1995, and he attended EUBA Boys High School Mushin, which was later renamed to Euba Secondary School and graduated from high school in year 2001. After High School, he proceeded to Railway Technical School, a vocational school where he studied Electrical Installation and graduated after three years with Certificate in Electrical Installation in year 2005. While in final year in the vocation school, he applied and gained admission to study Electrical/Electronic Engineering at Rufus Giwa Polytechnic Owoh, Ondo State and graduated with 2 years college Associate degree in year 2007.

Engineer Yakub didn't stop there, but proceeded further to China to pursue his Postgraduate Degree, where he spent two years and six months and graduated with Master of Philosophy in Electrical Engineering (M.Phil. Eng.) with specialization in (Control Engineering) from Shenyang University of Chemical Technology (China) in year 2012.

Professional Membership:
Engineer Yakub is an active member of the global renowned Institute of Electrical and Electronics Engineers (IEEE) Washington DC, USA Chapter in good standing. He is also a member of Shenyang University of Chemical Technology Alumni and member of Association of Electrical Engineers.

Professional Career:
Engineer Yakub started his career as an Assistant Laboratory Analyst with the Federal Government of Nigeria under (Standards Organization of Nigeria) where he made a history as the first Industrial Attachment student to build an Electrical Load Bank and Electric Bulb Testing Panel used as a testing device by the organization while serving as an Intern after which he was offered a permanent position as Electrical/Electronic Laboratory Analyst and he was later promoted to the position of Chief Maintenance Officer of the organization.

Reviews of Creating And Writing Your Blog by Engineer Yakub

You have subscribed to Smashwords Alerts new release notifications for Engineer Yakub.

You have been added to Engineer Yakub's favorite list.

You can also sign-up to receive email notifications whenever Engineer Yakub releases a new book.