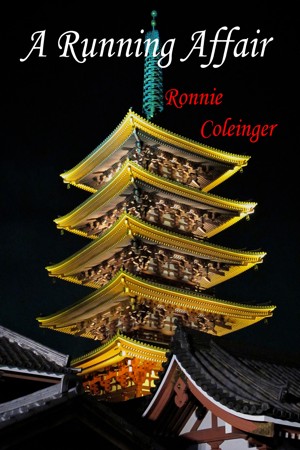 When they return to the United States and their busy work schedules separates them, they discover they cannot live without each other and are hopelessly in love. They soon realize they are true soul mates and make the decision to get married.

This love story is short, but the characters are bold and adventurous, so the story unfolds quickly. You will soon become best friends with Jenny and James as they begin their life together and their love affair unfolds before your eyes.

As an author of fiction and science fiction novels and short story collections, I have begun to realize that some of you out there may not believe in the concept of time travel. I find myself speechless over this discovery, however, I feel it my duty to guide my readers towards a time in Earth’s future when time travel is commonplace. My collection of science fiction genre eBooks deal with a time travel method that uses vessels (membranes) created from eleventh-dimension string energy to support human life as they travel through the cosmos. You will find a wealth of information on my website to support my design concepts for the time travel membranes, travel computers, and travel watches, along with information about the eleventh dimension and string energy.

Over the years, as I write about time travel, I have explained my belief of what exists in the cosmos besides the universe we humans live within. Our universe is vast and we may never explore even a fraction of what is out there. Try to grasp the fact that the Milky Way Galaxy where we humans live, is one of millions that populate our universe. The question I seek answers to revolves around how many other universes are located within the cosmos other than ours. Logic tells me that the creator did not just create this one single universe, he created many. As my mind ponders this question, I have come up with my own thoughts.

Many years ago, sometime during high school, I began writing about space and time travel. Soon, I began writing about how starships could travel back in time to the point of our galaxy’s singularity, when it was just a tiny speck, about the size of a pin head. I understood that a millisecond before our universe exploded into existence (just before the Big Bang), one might be able to look around and see what else existed out there in the cosmos. I surmised that we would have seen a field of tiny dimly lit glimmering specks in a black background. Just as one might see when looking up into Earth’s starlit sky on a very dark night.

It was then that I hit upon the idea that a starship could travel back to a universe’s singularity (speck) and then jump-out of our universe and into that vast dark place that I call the cosmos. There, a time traveler would be able to see millions of tiny specks, some nearby, some many light years away. At that point, a starship could travel to any speck or universe of their choosing. When one wanted to make a stop and visit another universe, the starships Time Travel Computer would simply jump-in to that speck and begin moving forward in time.

The IFTT (International Federation of Time Travel) has identified several inhabited universes in the cosmos. You can study up on each of them by visiting my website and selecting the page titled, Known Universes. Just so you know, the universe we humans live within is known as Universe Number Two. Universe Number One, which goes by the name of Lyraja and is home to the Bahs. The formal address for the Bahs is written like this: Universe Number Two, galaxy of Nosaj, planet of Reja.

Just a small point to pass along: The entities of planet Earth always considered their universe the only one in existence so they never gave it a proper name as the Bahs did. The Biblical documentation on planet Earth spoke of their God creating the heavens and the earth. Humans considered their God’s word to mean that only one universe existed. In Ronnie Coleinger’s world, there is only one God, but many universes.

Those of you who feel the need to explore our universe and the cosmos, in which we humans live, may find the concepts of eleventh-dimension time travel to be exciting and possibly downright exhilarating. Within the human mind lies the ability to explore the cosmos without physical limitations or barriers. We can travel to new, yet unexplored places within the cosmos and create entities that will challenge the human mind to comprehend. Let your mind find its way to the farthest reaches of the cosmos, where only God has ever ventured. Come join me on a journey towards the end of time, a time in the 601st century when the Andromeda and Milky Way Galaxies merge. I wrote of an ancient prophesy that spoke about an end to all that existed within the cosmos and an end of time. The only thing left in the cosmos was space, but that writing also spoke of life’s reemergence in a new age.

You have subscribed to alerts for Ronnie Coleinger.

You have been added to Ronnie Coleinger's favorite list.

You can also sign-up to receive email notifications whenever Ronnie Coleinger releases a new book.