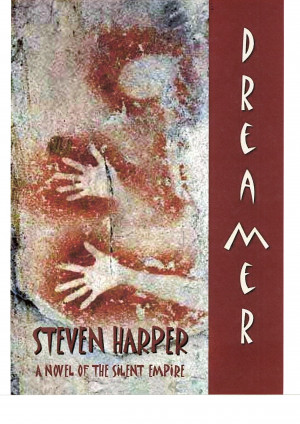 Dreamer: A Novel of the Silent Empire

By Steven Harper
Rated 4.00/5 based on 1 reviews
Rust is just one planet among many in the Empire of Human Unity. It's nothing special...except that it's home to an unknown boy who may be the most powerful Silent telepath ever born.

For now, only Kendi Weaver of the Children of Irfan knows about the boy. But power like that can't remain hidden for long--and every government in the galaxy will be willing to go to war to control him. More
It is through first contact with an alien species that humanity learns of the Dream. It is a plane of mental existence where people are able to communicate by their thoughts alone--over distances of thousands of light-years. To ensure that future generations will have this ability, human genetic engineering produces newborns capable of finding and navigating the Dream.

They become known as the Silent.

Rust is just one planet among many in the Empire of Human Unity. It's nothing special, nothing unusual...except for the fact that it is home to an unknown boy who may be the most powerful Silent telepath ever born--a Silent with the ability to possess the bodies of others against their will. This mysterious child may be causing tremors within the Dream itself.

For now, only the Children of Irfan know about him. A monastic-like order of the Silent, the Children protect their members even as they barter their services with the governments and corporations that control known space. But power like that cannot be hidden, and soon every Silent in the universe will know about the boy--and every government will be willing to go to war to control him.

And if the Children of Irfan cannot find him first, the Dream itself may be shattered...

Steven Harper Piziks was born in Saginaw, Michigan, but he moved around a lot and has lived in Wisconsin, Germany, and (briefly) Ukraine. Currently he lives with his wife and three sons near Ann Arbor, Michigan.

His novels include IN THE COMPANY OF MIND and CORPORATE MENTALITY, both science fiction published by Baen Books. Writing as Steven Harper for Roc Books, he has produced The Silent Empire series: DREAMER, NIGHTMARE, TRICKSTER, and OFFSPRING. All four are now available in e-format at Smashwords. He's also written books based on Star Trek, Battlestar Galactica, and The Ghost Whisperer, as well as the movie novelization IDENTITY. With his mother Penny Drake, he’s written the romantic thriller TRASH COURSE.

Booklist calls his novels “fast, furious, and absorbing,” and “intelligent enterntainment.” Strange Horizons says his work is filled with “fast-paced adventure filled with intrigue and populated with characters you care about,” and The Romantic Times writes that “Harper . . . creates a compelling universe.”

Steven currently teaches high school English in southeast Michigan. His students think he’s hysterical, which isn’t the same as thinking he’s hilarious. When not writing, he plays the folk harp, dabbles in oral storytelling, and spends more time on-line than is probably good for him. 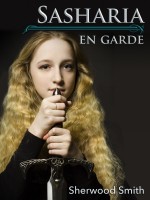 I have read both the Nightmare and Dreamer books in this series and am loving them. Can't wait to start on the other 2 books in the series. Probably the only critiscm I can give is that the spelling and grammer in both books needs to be looked at as there are missing words and some spelling mistakes. Don't know if its an american thing but you spell troops like that and not like in the book troupes. If this was sorted it would be great as it is distracting!!!

You have subscribed to alerts for Steven Harper.

You have been added to Steven Harper's favorite list.

You can also sign-up to receive email notifications whenever Steven Harper releases a new book.