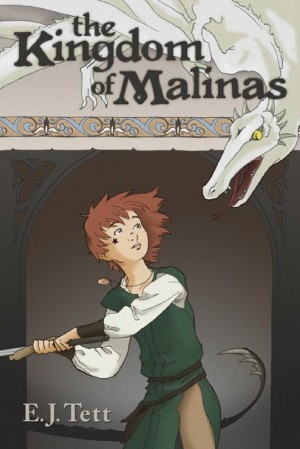 By E.J. Tett
When the Lamya burn fifteen-year-old Sorrel's home and take her family and friends into slavery, she's the only one left to save them. To do it, she needs an army. Instead, she finds a dragon. More
Fifteen-year-old Sorrel returns to her home to find it burned and most of her people taken as slaves by Corrinus, the new ruler of Malinas. She's devastated to find her mother is amongst them and swears to rescue her. But her older brother Leif sends her to seek an army, while he remains with the survivors, teaching them to fight. It hurts that everyone says she's too small and too weak to fight, because she wants so much to be like her dead father - a great warrior - but she does as she's told.

She travels across country with her seer friend and faces many dangers – from mysterious grey wraiths to the crazed follower of Corrinus. She set out to find an army but instead, she returns with a dragon.

E.J. Tett is the author of young adult fantasy novel 'The Kingdom of Malinas.' She is also co-author of horror anthology 'Casting Shadows' and appears in various other anthologies, webzines and magazines. 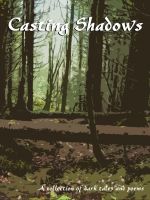 Review
J.L. Dobias reviewed on July 15, 2014
(no rating)
The Kingdom of Malinas is a remarkable book.

E.J.Tett's first effort at writing is by far one of the best first efforts I have read in quite some time.
She puts together all the elements of story with her own style and class that have not been matched by her peers.
She has tremendous characterizations, conflict, plot and theme nailed down.

This is a well thought out effort for a first book. And it says a lot that although I venture into the fantasy genre now and then my favorite is Science Fiction. This does give me an advantage and disadvantage in that I have little to compare it to.

The only reason I picked up this novel was because I'd been snooping around the SSFchronicle writers forum and noticed that several people there have published various works in various fashion from traditional to self and I have to say that I've up to this point been disappointed with the ones I have tried out.

I came in not expecting much after three other disappointments , one of those is a traditional published author. I'm happy to say that this one surprised me.

It starts out slow and I suppose that it could be argued that its a bit rough around the edges because it's a first effort and its self published. And I suppose that if I were coming from the place of being in a forum of writers I might tend to try to be hyper critical.

Fortunately I come from being a reader of fiction with a 50 plus year background and I have to say that I found the author's style of writing to be be fresh, entertaining, and quite tightly woven. She can only improve from there.

The story begins slowly with our main protagonist Sorrel who is a very strong female character- there are many of those in this story. Her father was a warrior and her brother is one and she wants to follow in their footsteps. Despite the families efforts she will if it kills her and as the tale unfolds it seems that fate is on her side. There is enough in the development of characters to keep me in the story. Her plot seems quite original though I admit that I lack enough exposure to this type of fantasy to truly judge.

It's at chapter 12 she grabs me- one quarter the way through the book. I found the hook that kept me reading this in one sitting. She feeds the line out carefully and then hooks you into the story so deep you can't get out until you are finished.

What's really great about this novel is that it's full of characters that can hook any reader. There are almost too may to chose from and yet she pulls it off and this is a first novel; as long as she keeps her present voice she can't go wrong.

This was good the first time now great with all the new edits.

You have subscribed to alerts for E.J. Tett.

You have been added to E.J. Tett's favorite list.

You can also sign-up to receive email notifications whenever E.J. Tett releases a new book.