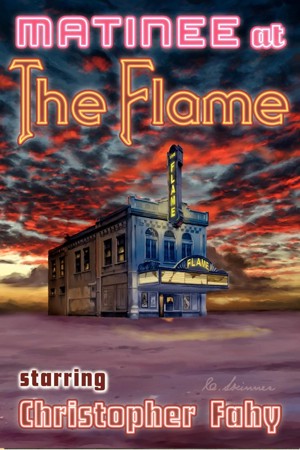 Matinee at the Flame - 22 Tales of Horror and Mystery

Fahy's stories have appeared in The Twilight Zone Magazine, Gallery, and many anthologies, including Night Screams; Predators; Cat Crimes I and II; Frankenstein: The Monster Wakes; Isaac Asimovs Magical Worlds of Fantasy; Santa Clues; and The King is Dead: Tales of Elvis Postmortem. He has published four dark fantasy novels: Nightflyer; Dream House; Eternal Bliss; and The Lyssa Syndrome. This is his first collection of fantasy stories. Fahy is also the author of the mainstream story collection Limerock: Maine Stories, and several mainstream novels, one of which, Fever 42, was called "wildly funny and surprisingly sad" by Stephen King, and "one of those rare books that restores our faith in the mainstream novel," by John Grant. Fever 42 was also published by Overlook Connection Press

You have subscribed to alerts for Christopher Fahy.

You have been added to Christopher Fahy's favorite list.

You can also sign-up to receive email notifications whenever Christopher Fahy releases a new book.