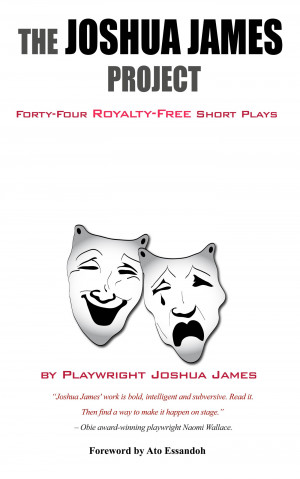 That's right, you can produce these plays, royalty-free, if the right circumstances are met.

JOSHUA JAMES is a screenwriter, novelist and playwright based in New York City. As a playwright, Joshua made his London debut when The Men's Room was produced at the Croydon Warehouse Theatre. He made his Off-Broadway debut in The Fear Project at The Barrow Group with his piece Extreme Eugene. His plays have been produced throughout New York City, Los Angeles, Chicago, all across the United States and various other parts of the world. His most recent books are THE JOSHUA JAMES PROJECT, an anthology of forty-four short plays that are now royalty-free for educational and amateur production and THE PENIS PAPERS, a free ebook of his popular play.

You have subscribed to alerts for Joshua James.

You have been added to Joshua James's favorite list.

You can also sign-up to receive email notifications whenever Joshua James releases a new book.