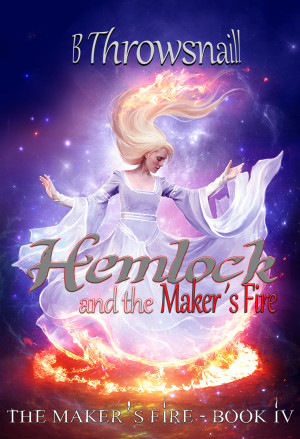 Hemlock and the Maker's Fire

B Throwsnaill cut his teeth on the classic works of fantasy and science fiction by authors such as Tolkien, Moorcock, Herbert and Gibson. The author's goal is to write fun and creative fiction that is grounded in personal experience and observations about the real world and its history.

Learn more about B Throwsnaill

Also in Series: The Maker's Fire

You have subscribed to alerts for B Throwsnaill.

You have been added to B Throwsnaill's favorite list.

You can also sign-up to receive email notifications whenever B Throwsnaill releases a new book.