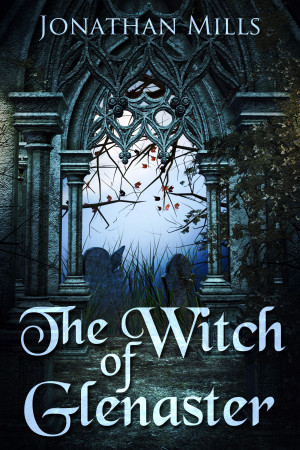 When a young guardsman appears at their door late one night, Esther Lanark and her family are thrown into a world of fear, war, and ancient, dark magic, a world where firedrakes ravage the land, strange shadowmen stalk the woods, and where a witch from the far north has awoken from her long sleep, to wreak her revenge on the old empire.
Available ebook formats: epub mobi pdf lrf pdb txt html
First 20% Sample: epub mobi (Kindle) lrf more Online Reader
pdb
Price: $1.99 USD
Buy Add to Library Give as a Gift
How gifting works
Create Widget
Tags: witches dragons sorcery wraiths
About Jonathan Mills

About the Series: The Glenaster Chronicles

My novels "The Witch of Glenaster", "The Widow's Thorn" and "The Ghosts of Glenaster" together form a trilogy entitled the Glenaster Chronicles, which tell the story of Esther Lanark, a young girl in a world very different to our own, who has to leave her home and journey through a hostile land, a place of thieves, dragons, demons and dark magic, to protect her brother and avenge her family.

Also in Series: The Glenaster Chronicles

Reviews of The Witch of Glenaster by Jonathan Mills