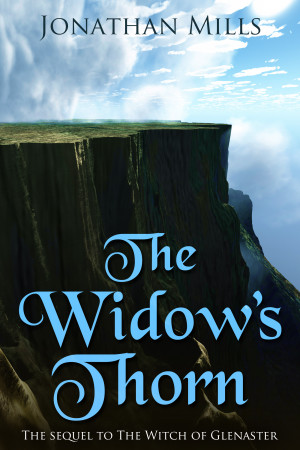 As the ward of Lord Fyra, the empire's most powerful man, she has a comfortable life, but is effectively a prisoner, homesick and grieving for those she has lost, until one day an old friend appears, and tells her that Magnus, her brother, may still be alive - and that she is in greater danger now than she has ever been.

Esther realizes she has to leave the emperor's citadel and go on the run. But in a world where nothing is quite what it seems, who can she trust, and how will she escape, when so many people seem to want her dead?
Available ebook formats: epub mobi pdf lrf pdb txt html
First 20% Sample: epub mobi (Kindle) lrf more Online Reader
pdb
Price: $2.99 USD
Buy Add to Library Give as a Gift
How gifting works
Create Widget
Tags: magic dragons wraiths shape shifters
About Jonathan Mills

About the Series: The Glenaster Chronicles

My novels "The Witch of Glenaster", "The Widow's Thorn" and "The Ghosts of Glenaster" together form a trilogy entitled the Glenaster Chronicles, which tell the story of Esther Lanark, a young girl in a world very different to our own, who has to leave her home and journey through a hostile land, a place of thieves, dragons, demons and dark magic, to protect her brother and avenge her family.

Also in Series: The Glenaster Chronicles

Reviews of The Widow's Thorn by Jonathan Mills