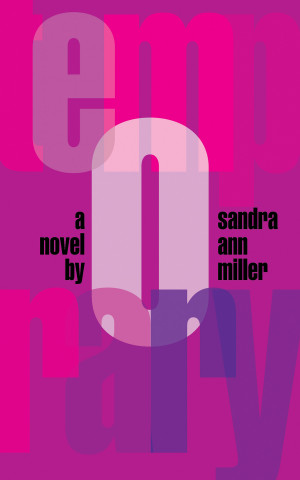 By Sandra Ann Miller
Helen Clark is one unlucky lucky lady—who won the lottery then lost everything—working to put her life back together by taking a job heading permanent placement at a temporary agency. Through success and failure, love and heartbreak, one lesson Helen has learned is to savor the good and let the bad pass because, at the end of the day, everything is temporary. Or is it? More
Helen Clark won the lottery and lost everything. While it wasn't the "mega" jackpot, it was enough to change her life—quit her job as a starlet's assistant, start a new business and have success. However, her partner’s poor decisions brought that dream to an end, and Helen was left with less than nothing.

But Helen Clark is a lucky lady. With a job offer from a former colleague, Helen finds herself in charge of permanent placement at a temporary agency specializing in the insanity of Hollywood. As she rebuilds her life, her past mistakes cast a shadow on her future and jeopardize her relationship with a proverbial unicorn. Through success and failure, love and heartbreak, one lesson Helen has learned is to savor the good and let the bad pass because, at the end of the day, everything is temporary.

Sandra Ann Miller is an active author, sometime screenwriter, intermittent blogger and independent publisher living in Venice, California. A native of Los Angeles and graduate of the California Institute of the Arts, Sandra toiled in the film industry as an assistant...and the stories she could tell if not for the confidentiality agreements. Sandra&#39;s first book, A SASSY LITTLE GUIDE TO GETTING OVER HIM, was released on her own imprint, SAME Ink (2006). The book has something of a cult following and readers mentioning, &quot;I wish I had read this when I was younger,&quot; prompted Sandra to release the Young Adult version in 2017. Her first novel, CHAIN-SMOKING VEGETARIANS AND OTHER ANNOYANCES IN L.A. (2016), is very, very loosely based on her time in Hollywood. Her follow-up, TEMPORARY, was released in early 2018. An avid student of Life and its humorous underbelly, Sandra enjoys yoga, long walks on the beach and tweeting about the wackadoodle nature of our existence.

You have subscribed to alerts for Sandra Ann Miller.

You have been added to Sandra Ann Miller's favorite list.

You can also sign-up to receive email notifications whenever Sandra Ann Miller releases a new book.