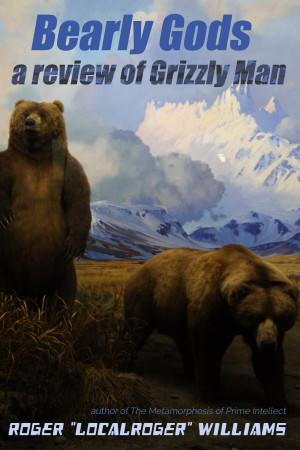 I'm localroger, author of the much-discussed classic of the singularity, The Metamorphosis of Prime Intellect. I'm not active on social media, but you may occasionally find me exploring obscure corners of the internet.

Reviews of Bearly Gods: A Review of Grizzly Man by Roger Williams

You have subscribed to alerts for Roger Williams.

You have been added to Roger Williams's favorite list.

You can also sign-up to receive email notifications whenever Roger Williams releases a new book.