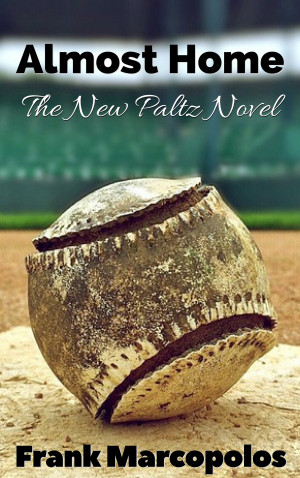 A fast-paced story about a young man's fight against an all-powerful, shady fraternity. More
Enzo Prinziatta steps into the dark underworld of a shady fraternity when a stripper dies under mysterious circumstances at a typical collegiate keg party. Now, he must untangle himself from the power structure's web as he gets closer and closer to the surprising truth. Told in alternating subjective points of view, this is a novel that yields a barrage of twists and psychological insights.

Frank Marcopolos lives in Pittsburgh, PA. He does not own a dog. Reviews of his works include the following:

"Enzo is a thoughtful athlete reminiscent of Henry “Author” Wiggen in Mark Harris’ quartet of baseball novels, most notably Bang the Drum Slowly (1956). But Marcopolos offers a postmodern twist. The mysterious keeps taking prominence in this novel: the hazing rituals, which are amusing, sexy, confusing, and disturbing all at once; the hard-to-figure attitudes of Enzo’s teammates; oddities like a replica of the Winchester Mystery House that somehow features a pagan mechanical bull ride; Trudy’s oracular pronouncements; and portentous dreams and symbols involving several dead birds and brick-tied balloons that a teammate pops. Each image speaks of death and aborted flight, a counterpoint to Enzo’s longing for the big leagues and a home that isn’t stifling. Also complex is Enzo’s character." - Kirkus Reviews

"This is a thoughtful, articulate and often humorous narrative about the choices we all make, sometimes in the space of a single heartbeat, and the life-altering impact of our subsequent actions. It’s also a bittersweet tale of self-discovery and seminal experiences, full of realistic dialogue, unexpected situations and offbeat characters. A highly readable novel that recalls the style of Michael Chabon or John Irving, this is a literary gem that should not be missed." - BlueInk Review, Starred Review

"EAGLES AND HAWKS AND ALSO PEOPLE AS WELL is as bittersweet as growing up. I wholeheartedly recommend it." - IndieReader Review, 5/5 stars

"Almost Home" by Frank Marcopolos is a fun and fast-paced novel about the seedy side of student life on a college campus in upstate New York--a netherworld, like any college town, where young adults create lives for themselves, yet are too young to realize the consequences of their actions.
The story is told in alternating voices between two players on the school's baseball team: Enzo, a one-time star pitcher who has taken to drinking heavily and seems destined to become one of the sad aging locals who "could have been a contender," and Budski, a power hitter and budding gangster who runs the local bad-boy fraternity. Budski's main interest is making money, and he has all sorts of businesses on the side, most of them illegal.
The two are in conflict from page one, when Enzo stumbles upon the death of a young stripper at a party in Budski's fraternity house. Budski cleverly chooses to keep enemies his close and so makes Enzo an honorary fraternity brother. In the evil spirit, he later elects Enzo to be the the spokesman (and guinea pig) for a steroid-spiked sports drink that could make them rich.
Stirring the pot are Jenny, a wild girl, and Shannon, a more or less "good" girl who keeps Enzo (barely) on the right path.
When Enzo finally wakes up the fact that Budski is not only taking advantage of him--but could ruin his life--the conflict between them erupts.
I read "Almost Home" in one sitting. (All right, I ate breakfast, lunch, and dinner but after fixing them, I read while I ate. Usually I resist this temptation if the book's on my Kindle.)But "Almost Home" keeps you in its thrall. The language rings true--and reads seamlessly within each character's alternating chapters. The vivid atmosphere settled me in a sleepy burg where the cultural and social center was the college. The powerful and vivid atmosphere, much the same as when I was in college, although much more hypnotic and alluring, goes further. It seduces one to remain on the cusp of adulthood forever. In "Almost Home" that powerful temptation seems possible--at the price of selling one's soul." - Amazon Reader/Reviewer

You have subscribed to alerts for Frank Marcopolos.

You have been added to Frank Marcopolos's favorite list.

You can also sign-up to receive email notifications whenever Frank Marcopolos releases a new book.