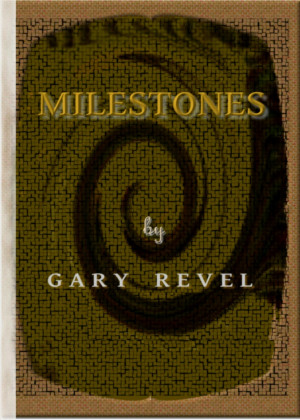 From simple verses of ordinary life to complex inward looking perspectives and daring life questions that we sometimes shy away from. The poetry of Gary Revel never ceases to amaze and sometimes perplex.

I was born, in Florala, Alabama, on June 29, 1949. My mother and dad divorced when I was 5. We moved around a lot, and my mother was married, and divorced a couple of more times. I graduated high school in Bonifay, Florida in 1967,

I enlisted in the US Navy and served in the Vietnam War. I received an Honorable Discharge, moved to Hollywood, California.

Below is a few details and facts of my life that is touched on in my book/memoir, TO LIVE OR MAYBE NOT.

Playing poker, with men in a rough and tumble southern juke-joint is not the typical activity of a 10 year old boy, but it was for Gary Revel. Dancing with waitresses, to Rock & Roll, Blues and Country music coming from the jukebox, was also part of his usual child's-play. In High School, he formed his first Rock 'N Roll band and after graduating, joined the US Navy during the Vietnam War. Hollywood California beckoned and he started writing songs and making records first recording in the Capitol Records recording studios at Hollywood Boulevard and Vine Street.

Danger, intrigue and murder followed as Gary entered the darkness of the investigation of the Martin Luther King Jr. assassination. His investigation of the killing took him on a journey that would bring him into Brushy Mountain Prison in Petros Tennessee to meet face to face with the convicted killer of Martin Luther King Jr., James Earl Ray. From this came his investigation in which he found that others killed MLK, not James Earl Ray. The story of that investigation has been adapted into a screenplay written by Frank Burmaster and Gary. It is being executive produced by Jeff Olm with Cameron Arnett attached as director.

A more detailed bio is at:
http://www.garyrevel.com/gary_bio.html
The book is To Live Or Maybe Not and available here at Smashwords; also at Amazon.com, Barnes and Noble and many other book sellers around the world.

Reviews of Milestones by Gary Revel

You have subscribed to Smashwords Alerts new release notifications for Gary Revel.

You have been added to Gary Revel's favorite list.

You can also sign-up to receive email notifications whenever Gary Revel releases a new book.