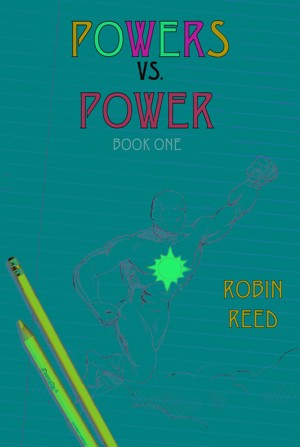 Powers vs. Power Book One

By Robin Reed
Rated 4.50/5 based on 2 reviews
In Los Angeles, a city where glamor and grit exist side by side, heroes and villains struggle to define what good and evil mean. A self made millionaire and an accidental superhero both follow a dream of superpowers, with very different results for each. All around them, the true centers of power will decide their fates.
Available ebook formats: epub mobi pdf rtf lrf pdb txt html
First 50% Sample: epub mobi (Kindle) lrf more Online Reader
pdb
Price: $0.99 USD
Buy Add to Library Give as a Gift
How gifting works
Create Widget
Tags: comic books heroes superhero power comic book superheroes powers hero villain super supervillains villains
About Robin Reed

Robin Reed lives somewhere in the vicinity of Los Angeles, with cats. 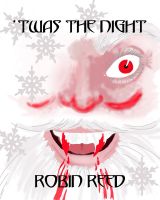 Reviews of Powers vs. Power Book One by Robin Reed

An interesting story though a trifle confusing at times. But then that's just me not the author. But interesting all the same.

I enjoyed the story and feel its a nice introduction to a few characters that tho they may have super human abilities they all still have very human faults.
Characters range from the billionaire that wants to give back to the community to a kid obsessed with living out his dream of being the next big super hero. Most of the classic comic style heroes are represented here to some degree or another. There were two characters that reminded me of a couple old tv shows from a few years ago Knighthawk, and Sun Man. Knighthawk reminds me of the show M.A.N.T.I.S. where the hero has a suit of armor and a flying car and goes around town and beats up a few drug dealers and gang members. Sun Man kinda reminds me of the old show America's Greatest Hero. The hero finds this item and is given all kinds of powers and abilities while using the item but just can't quite get the hang of how it works.

In the end I think that's what I enjoyed the most from the story, how it brought some humor back into being a comic book hero.

You have subscribed to alerts for Robin Reed.

You have been added to Robin Reed's favorite list.

You can also sign-up to receive email notifications whenever Robin Reed releases a new book.