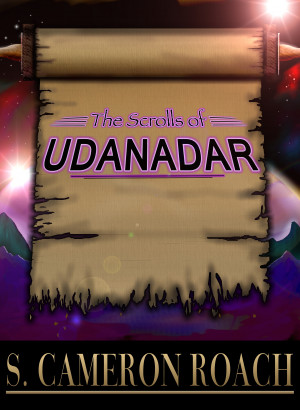 There is no magic, only Ka'uun- the energy of creation- provided by the planet's spirit; the urKa'uun are its users. Bartholomew is unusually adept and learns quickly how to use this energy. His arrival is fortuitous as the Thousand Year King is dying too soon; the one person made impervious with Ka’uun through an ancient ritual in order to stop the five kingdoms of men from warring with each other and keep the fearsome Urilok at bay. They have fought each other for ages as pawns under the slave yolk of the Perq; immortal masters of Ka’uun who were chased out of their world mere centuries in the past. Should the King die, all could be lost.

The boy is sent out on a seemingly harmless mission with the urKa'uun's other ward, a skilled girl born of the wild-wise Duvar, to bring back the Scrolls of Udanadar containing the instructions creating the King, and the Kingmaker device, which can find the successor. But a simple mission is never so simple and soon the two find themselves on a quest spanning the realm to find these items and stave off war. The adventure is at times humorous and other times fraught with danger as they face bandits, pirates, evil spirits and an ancient enemy that rears its head. These trials force Bartholomew to grow from a naïve boy concerned with the little things in his world, into a brave hero learning what is to sacrifice in order to achieve a higher goal

S. Cameron Roach (1967-Present) is an award winning author born a U.S. Navy brat in VA and was soon moved to San Diego, CA where he finished growing up. In the process he became a suffering Chargers and Padres fan while also meeting his future wife; one has nothing to do with the other. Once married and realizing the terror of supporting a family, he joined the U.S. Army and begat two Army brats enroute to 24 years of service to his country in the Military Intelligence field; first as enlisted and later as a Warrant Officer. He has a BS in Intelligence (no really, I do!), served in Desert Storm and both recent ventures in Iraq and Afghanistan. S. Cameron Roach is currently living in Texas with his lovely and dedicated wife of 25 years, Kelli, and two boxers- the sons are hovering nearby cities having flown the coup. Now S. Cameron Roach is looking to begin the next stage of his life in retirement as an author bringing smiles, laughter, and adventure to avid readers.

You have subscribed to alerts for S Cameron Roach.

You have been added to S Cameron Roach's favorite list.

You can also sign-up to receive email notifications whenever S Cameron Roach releases a new book.