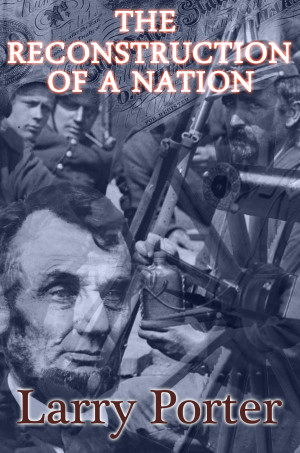 The Reconstruction of a Nation

By Larry Porter
The Reconstruction of a Nation is an epic verse poem about the US Civil War. It starts with the forty years the led us into war. Then it travels, by year, through all major battles, civilian life on both sides, women in the period, politics and prisoners, slavery, newspapers, foreign reactions. It ends, explaining Reconstruction in a beaten South. More
The Reconstruction of a Nation, an epic verse poem, includes the forty years that led up to the War, those organizations, politics and cultures that brought on this tragedy. It tells the story of the events that led to the Southern states succeeding, feeling they had no choice. It then begins the War, itself. It details all of the major battles, by year. The story is told of the civilian population on each side. The undercurrent of politics on both sides, and what effects they had on the war effort are addressed. Women involved in the war effort from both sides, had contributions to make and made them, as roles were often reversed, and there was no choice, but to survive. And several women became significant, on each side, acting as spies.
The War came about so suddenly, neither side knew what to do with prisoners. More prisons were constructed than had ever been before. And prisoners were treated equally, extremely poorly. Newspapers became the social media of the day, with Mathew Brady publishing battle scene pictures shocking the public, while loved ones, for the first time, were able to follow their relatives through battles.
Finally, after Sherman burned his way to the sea, the War came to a close. Then the North laid the plans for the reconstruction of a defeated nation. The poem explains the events that led to how and why Reconstruction was so bad for the people of the beaten South.

Larry Porter has been writing since 1976, when he had his second project, a children’s play, Treehouse, produced in Atlanta, Ga. He has written fourteen full-length plays. Another, The Gospel According to Jesus, was produced in Asheville, NC. He has written numerous short stories, eight novels including Chance Mountain, Ivan the Backward Man, True Globalization, The Carousel, The Blue Barrel, The Visitor, and After America: Rebuilding. He has a memoir, Self-Storage Business and a collection of short stories titled Heaven? dealing with the afterlife. He has written four screenplays. His latest project is writing history in verse. A compilation of four epic poems titled History in Verse includes The Experiment, a history of the US, The Reconstruction of a Nation, a history of the Civil War, The Quest for the West, a history of the settling of the US west, and The Sixties, a history of the decade of the 1960s in the US. Look for a new series of totalitarians of the twentieth century coning soon. He lives in the North Carolina Mountains where he continues to write. 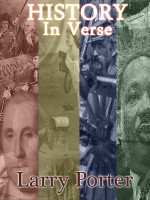 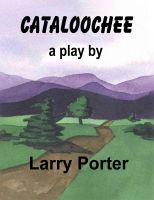 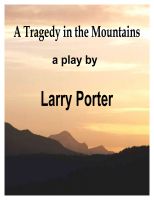 You have subscribed to alerts for Larry Porter.

You have been added to Larry Porter's favorite list.

You can also sign-up to receive email notifications whenever Larry Porter releases a new book.