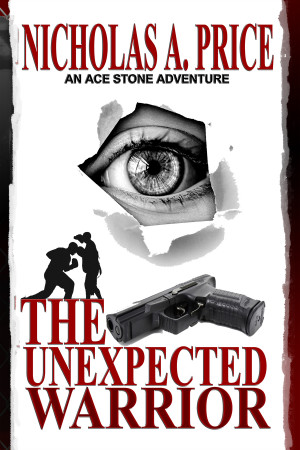 The Unexpected Warrior: An Ace Stone Adventure I

By Nicholas A. Price
Adult

However there’s a cost for this success, as The Lady, veiled in his subconscious haunts and taunts him, Ace’s ventures take an even darker turn that includes money-laundering, drugs, betrayal and murder.

His loyalty is tested amid a bloody war between rival crime organizations and Ace has to pull off the biggest deal of his life to save himself and the life he has so desperately fought for, but at what at cost?

This is the first book in a series of Ace Stone Adventures by Nicholas A. Price!

If you like hard-boiled, gritty and action packed novels with terrific twists, you’ll love The Ace Stone Adventure Series of books – let Nicholas Price take you through a thrilling rollercoaster ride through the dark underbelly of criminal London that he knows so well!

Having gained success as an entrepreneur in the world of international finance, Nicholas' journey in this field involved dealing with the most unusual clientele hailing from all walks of life in numerous countries - he crossed paths with the real-life characters involved with international politics, the intelligence community and other larger than life characters within a host of Emerging Markets.
Nicholas Price is a modern-day renaissance man; as he returned to the relative peace of his creative endeavors in fiction writing, poetry and as a visual artist specializing in the fields of fine art photography, sculpture and public art - with an impressive list of commissions and public acquisitions.
His poetry and photography has been published through a series of bespoke and mainstream publications and books.

After several years in the visual arts, Nicholas A. Price is a full-time writer having completed a series of fiction books in the genres of crime thrillers, a work of comedy and a series of children’s short stories, where to use his own words -“I want my children’s stories to stimulate the imagination and open the door to exploration, both within and beyond the scope of the day. I long to play a small part in fostering a culture of thinkers rather than followers.”

Nicholas, along with his wife and children, is an avid traveler and conservationist when he's not enjoying his private writer's retreat or taking care of the family's number of various rescued and exotic pets.

Learn more about Nicholas A. Price

About the Series: The Ace Stone Adventures 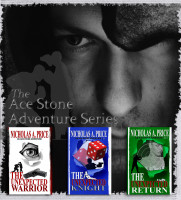 Ace Stone is young, charming and cash rich. His illegal boxing promotions and uncanny knack for creative business dealings in the world of business and high-finance land him the dream life he always wanted.

However there’s a cost for this success, as "The Lady", veiled in his subconscious haunts and taunts him, Ace’s ventures take an even darker turn that includes international heists, money-laundering, organized crime, love, betrayal and murder.

You have subscribed to alerts for Nicholas A. Price.

You have been added to Nicholas A. Price's favorite list.

You can also sign-up to receive email notifications whenever Nicholas A. Price releases a new book.