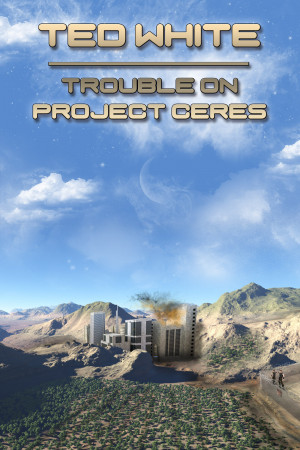 Ted White was born in Washington, D.C., and reared in nearby Virginia. Upon graduation from high school he became a printer, and later a journeyman typesetter, a profession that was to foreshadow his later preoccupation with the writing, editing, and publishing of prose.
After a number of related jobs, he moved to New York City, where he became a music critic and a reviewer for Metronome magazine. Subsequently, his interest in science fiction led him to the assistant editorship of The Magazine of Fantasy and Science Fiction, then to editor of Amazing Stories and Fantastic. In addition, he has been a literary agent and an editor for a paperback publishing house. He has been writing and selling science fiction since 1962, and has supported himself as a writer since 1960.
"Science fiction has always been my first love," he says, "both as a reader and as an author. It is a field which excites my imagination and my sense of adventure. And it is this same excitement which I am trying to reconvey in my books."

Reviews of Trouble on Project Ceres by Ted White

You have subscribed to Smashwords Alerts new release notifications for Ted White.

You have been added to Ted White's favorite list.

You can also sign-up to receive email notifications whenever Ted White releases a new book.