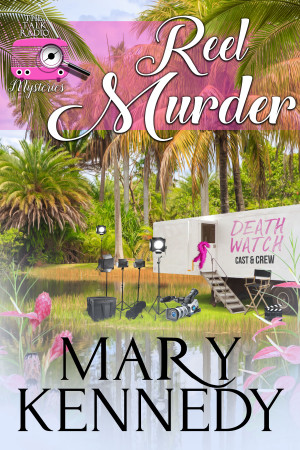 Mary Kennedy is a licensed psychologist in private practice on the east coast and the award winning author of over forty novels. She currently writes the Dream Club Mysteries for Penguin-Random House. The first release in the series, Nightmares Can Be Murder, will appear September, 2014. The Dream Club Mysteries revolve around a group of Savannah women who meet once a week to analyze their dreams and solve a murder or two. Mary has written a companion guide to the series, Dream Interpretation, a Psychologist's Guide. In addition, she writes The Talk Radio Mysteries about a radio psychologist who closes up her New York practice to move to sunny Florida to become a talk radio host. The Talk Radio Mysteries have been described as "Frasier meets Murder She Wrote." When she's not writing mysteries or travelling, Mary lives in the north east with her husband and eight eccentric cats. Both husband and cats have resisted her attempts to psychoanalyze them, but she remains optimistic. You can visit her website at www.marykennedy.net or her blog at www.cozychicks.com

About the Series: Talk Radio Mysteries

"Frasier Meets Murder She Wrote"—that's how readers have described the Talk Radio Mysteries. It's all about a NY psychologist who moves to sunny Florida to become a radio talk show host. Of course, she solves a murder in every book!

You have subscribed to Smashwords Alerts new release notifications for Mary Kennedy.

You have been added to Mary Kennedy's favorite list.

You can also sign-up to receive email notifications whenever Mary Kennedy releases a new book.