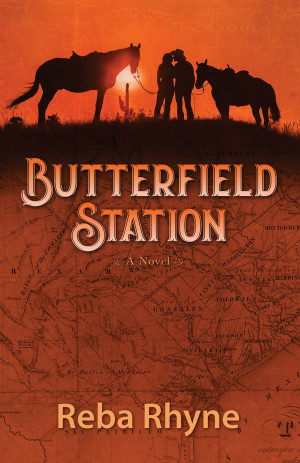 Even though Pa warns her of the many hazards they must conquer on the rough trail, Gracie sets off with Wooly, her pet lamb, focusing on the immediate question of her future. Her gritty and adventurous attitude leads her into difficult situations, not the least of which involve two men she meets on the wagon trail. But will it be Jedediah or Press who fulfills her dreams for husband and family? And how can she be sure she doesn’t make the wrong decision when she has strong feelings for both men?

Ride with Gracie on the Butterfield Trail and find out…

For three-quarters of a century, Reba Rhyne’s home has been in East Tennessee. During this time, she was married for 25 years, had a daughter, and established a business of her own. Writing began as a hobby, while she spent months on clients’ locations as a consultant, developing prototypes for boat upholstery. This is her first published novel, but not her last. Writing in a style reminiscent of Laura Ingalls Wilder and Janette Oke, Reba Rhyne, tells stories based on real history, much if it inspired by her own ancestors. For sixty years, she has been a Christ-follower who believes her responsibility is to follow the Great Commission found in the Gospel of Matthew. Retired, she shares her fifteen acres in the Smoky Mountain foothills with Phil the groundhog and numerous other animal friends.

You have subscribed to alerts for Reba Rhyne.

You have been added to Reba Rhyne's favorite list.

You can also sign-up to receive email notifications whenever Reba Rhyne releases a new book.