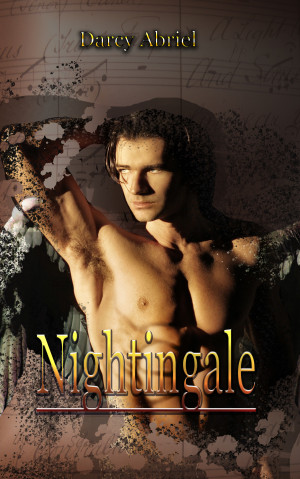 An earthly balance is at stake. Nothing happens by chance. And fate, here on Earth, will demand its bloody tribute no matter how high the cost… More
The thirst for deliverance and absolution are transformed into explosive flames of forbidden passion when a mysteriously charismatic masked man encounters a brilliant and handsome composer. Their lives are intertwined with those of two others, and only the ultimate sacrifice will satisfy the greedy appetite of fate...

Retribution is his only desire...Fabienne Brunetto, a 17th-Century castrato of amazing vocal talent, is brutally attacked by a twisted enemy. But agonizing death is not his destiny. He is saved by Annatoly Constantine, the immortal hand of a brotherhood of fallen angels devoted to protection, balance, and order on Earth. But Fabienne bears the scars of his terrible encounter, and his song has been extinguished forever—at least until a rite of redemption can come to culmination. He must wait two hundred years before his hunger for deliverance can fully be sated.

Wounded and shamed...Annatoly Constantine, whom centuries before was also a man, is the protector of the Gios of Nightingales, a choir of immortal voices created to soothe and heal the world. Annatoly has always been destined to lose what he loves, never able to fully offer himself to a lover. Until Carne Giraint, a gifted composer, appears in his life, making him yearn for something more, something exquisitely forbidden.

A composer marked by the cursed blood of his ancestors...Carne Giraint is a mortal of extraordinary talent, tapped by the brotherhood of angels to accept his destiny as composer to the gios. Carne's greatest passion has never been ignited until he encounters a masked man known to him only as Maître. One night of fiery desire leaves him ravenous for the touch of Maître, a man he cannot forget.

A greedy man willing to give his soul for power and money...Dandrae, a slave to the dark beings who seek to alter the course of Fabienne's and Carne's destinies, is tasked with quashing Carne's mystical gift for composition.

Reviews of Nightingale by Darcy Abriel